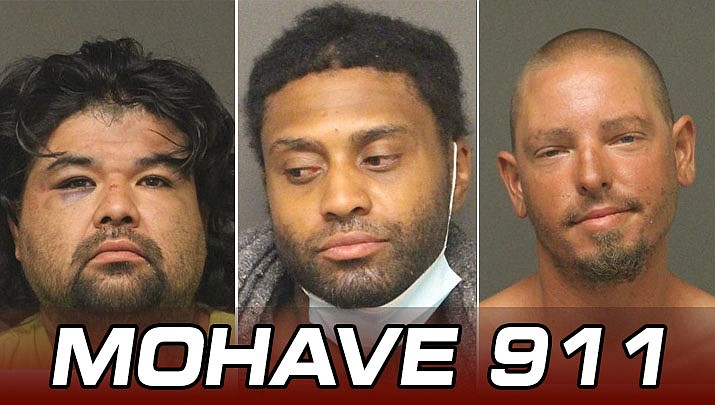 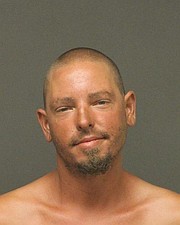 Christopher John Mauch, 29, of Fort Mohave, was arrested by the Mohave County Sheriff’s Office on Tuesday, Aug. 25 after reportedly holding a handgun to a woman’s head. His arrest required the use of a SWAT team, which deployed a distraction device and a chemical agent.

At approximately 9:30 p.m., deputies responded to a disturbance call at an apartment complex in the 4100 block of S. Lynn Drive. According to an MCSO news release, multiple reporting parties advised that neighbors were outside yelling and fighting. Upon arrival on scene, deputies observed no obvious signs of a disturbance outside.

Deputies made contact with the female victim and a witness, who advised that they had been drinking with the male subject, identified as Mauch, who became belligerent when the female asked him to stop drinking.

The victim claimed that Mauch retrieved a knife and held her against a wall while holding the knife to her neck. She also alleged that Mauch dropped the knife before grabbing a handgun, at which time he allegedly held it to her head before putting the handgun in her mouth. MCSO wrote that Mauch put the weapon down and the victim was able to exit the apartment.

Deputies attempted to contact Mauch at his apartment, but were unsuccessful. Attempts to call Mauch on the phone and over loud speakers saw similar results. MCSO SWAT was activated and again attempted to get Mauch to exit the residence with no success.

A search warrant was obtained and a distraction device and chemical agents were introduced into the apartment, MCSO wrote. A short time later, Mauch exited the apartment and was taken into custody without incident.

When asked about the incident, Mauch reportedly told authorities that he had been drinking alcohol most of the day and did not remember much of what happened.

Mauch was arrested on suspicion of felony aggravated assault with a deadly weapon per domestic violence and misdemeanor threatening/intimidating and disorderly conduct. He was transported to the Mohave County Adult Detention Facility. 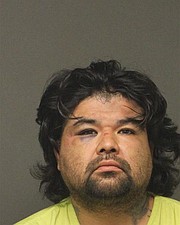 KINGMAN – Mario Luis Aguado, 36, of St. George, Utah was arrested by Mohave County Sheriff’s Office deputies on Sunday, Aug. 23 after allegedly chasing an individual with a knife and damaging the outside of a business in the 14000 block of Pierce Ferry Road.

While responding, deputies received information that the male subject had left in his vehicle, headed south on Highway 93 toward Kingman. Deputies were given a description of the vehicle, including that it had a flat tire.

Later, a call informed deputies the vehicle was at milepost 44 and the male subject was sitting in the passenger’s seat. Deputies approached the vehicle and contacted Aguado. When asked, he reportedly denied driving the vehicle or being at the business. He was then placed in restraints and detained.

Deputies responded back to the business to obtain a statement from the victim, who advised he had been sitting on his dirt bike outside when the male subject entered the parking lot in his vehicle.

As the vehicle approached, the employee said he had to jump off the dirt bike to avoid being hit. The employee alleged Aguado exited the vehicle and began chasing him around the lot. At one point, the employee picked up a rock and threw it at Aguado, striking him in the face.

Deputies reportedly observed several gashes and scratches to the asphalt of the parking lot from the vehicle’s flat tire.

Aguado was arrested on suspicion of felony criminal damage, and disorderly conduct, leaving the scene of an accident and displaying a false license plate, all misdemeanors. He was booked into the Mohave County Adult Detention Facility. 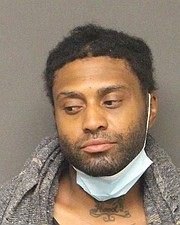 Upon arrival, deputies learned that the detention officer was taken to the hospital for routine evaluation. Deputies made contact with the inmate, identified as Anderson, who would reportedly not cooperate. Deputies responded to the hospital to contact the officer, who advised that Anderson was in the area of the wall-mounted phone when he was told to go back to his cell.

The officer advised that Anderson ignored directives and was hitting the wall-mounted phone with the handset. The officer gave verbal directives for Anderson to return to his cell before attempting to physically direct him toward his cell. Anderson then allegedly attacked the officer, striking him in the head and face multiple times.

The officer was able to gain control of Anderson’s hands until backup officers arrived. The officer was treated for injuries and released. Anderson was charged with felony aggravated assault on an officer.