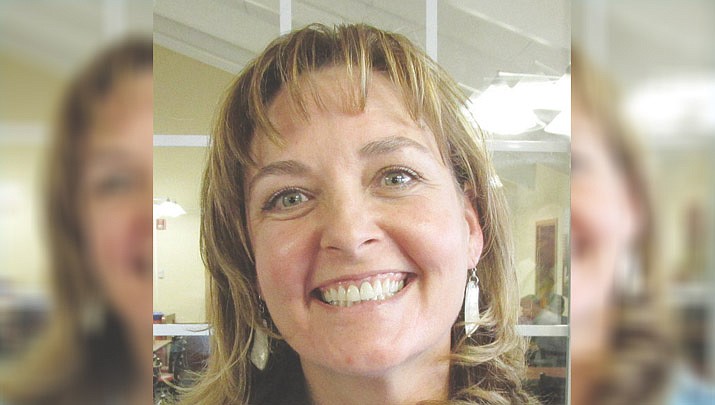 State Rep. Regina Cobb has stated her opposition on Facebook to Kingman Mayor Jen Mile’s decision to extend through Dec. 31 the requirement that masks be worn by the public in businesses in the city. (Miner file photo)

KINGMAN – State Rep. Regina Cobb (R-Kingman) has weighed in on Kingman Mayor Jen Miles’ face mask proclamation extension through Dec. 31, “urging” the mayor on Facebook to “end this dictatorial rule and allow our freedom-loving residents to make the decision that is in the best interest of their family and our community.”

The mayor’s proclamation requiring that all persons age 6 and older wear face coverings when entering places of business serving the public in Kingman was initially set to expire on Aug. 1. Toward the end of July, the mayor extended the proclamation for another month. Then, just last week, Miles announced that the proclamation would be extended through the end of 2020. She did note it is subject to review prior to the end of the year if the Arizona Department of Health Services’ benchmarks show a manageable COVID-19 positivity rate baseline has been achieved.

Miles wrote in a news release that while the county and city are making progress, “…the positivity rates in our county must decline further in order for the Arizona Department of Health Service standards to allow certain businesses in Mohave County to reopen safely.”

Cobb wrote on Facebook that while she did not agree with the mayor’s initial proclamation and questioned her authority to do so, she did not believe legal action was necessary as the proclamation was “supposed to be temporary.”

“Now, as many of our businesses remain closed and thousands of residents are out of work, the mayor has, once again, unilaterally made the decision to extend her mask mandate through December 2020,” Cobb wrote. “But this time I will not sit idly by and allow our government to issue an edict that I believe violates our Constitutional rights and personal freedoms.”

Cobb said she is in the process of exploring “all possible legal options to reverse the mask mandate.”

“The people of Kingman should not be forced to live under authoritarian rule – and while we have patiently worked to stem the impact of the virus, our job creators, employees and economy can no longer afford to live under the thumb of government overreach,” the legislator wrote.

Miles wrote on her Facebook page that in posting her comments on her representative Facebook page and expressing her thoughts to Kingman City Council, Cobb is “using her office to exert undue pressure on our city.”

The mayor also told The Miner she’s heard from “a number” of local health care professionals who are appreciative of the proclamation’s extension, with one saying the action would save lives. On that note, Miles said such input should be the driving force behind mask mandate decisions as opposed to opinions of politicians.

“But to her point, I believe her call to let everyone choose to wear a mask or not doesn’t really work in a public health emergency,” the mayor wrote. “What she proclaims as a ‘right’ to do whatever you want ends when it puts at risk another person’s right to a safe environment in which to shop, learn, recreate and work.”

In reference to Cobb’s belief that the proclamation “violates our constitutional rights,” Miles wrote that “is not fact.”

“I will continue to believe that it is constitutional until a court finds it not, at which time everyone in huge parts of the country will have to change course,” she wrote.

She also spoke to the belief of some, including Vice Mayor Travis Lingenfelter, that the matter should be taken to the entirety of city council.

“Beyond the fact that this issue is political fodder, I believe this is not an agenda item for debate,” Miles said. “In a public health emergency circumstance, which we are in, the safeguarding of lives and health is the city’s mission…”

Cobb wrote that she intends to share her thoughts on the subject with Kingman City Council at its 5 p.m. Tuesday, Sept. 1 virtual meeting.