High expectations and deep concerns over recreational marijuana in Kingman 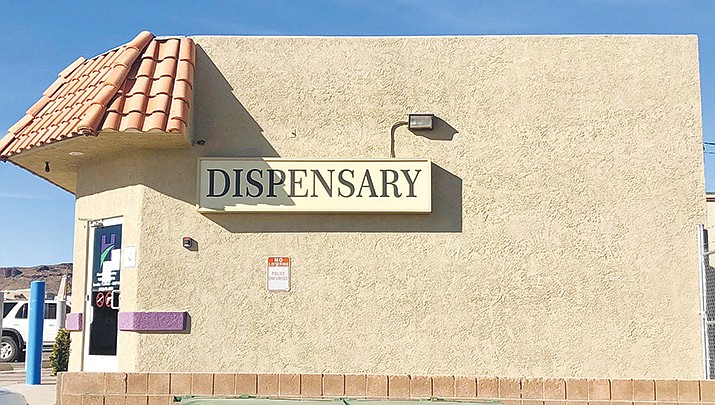 Starting next year it will be legal to have one ounce of marijuana or five grams of concentrate, and six marijuana plants, in Arizona, as long as you are 21 years of age or older. That allows for usage, transport and sharing with other adults.

The City of Kingman seems to be taking a careful approach to recreational marijuana, likely limiting itself for now to dual licenses that allow existing medical marijuana facilities to sell recreational products. Local officials reflected on how the community will be impacted.

“The main focus is an ability for people to choose,” said Beth Weiser, who sits on the Kingman Unified School District Board and serves as a treasurer for NORML, the oldest and largest marijuana legalization organization in the country. “Marijuana is a natural plant and people have been using its health benefits for centuries.”

An educator herself, she said that, at the moment, it is easier for students to get marijuana than alcohol, exactly because it’s not regulated. She also pointed to economic benefits of not incarcerating people for marijuana possession and, hopefully, less work for the police.

But Kingman Police Chief Rusty Cooper is concerned for the safety of the community, kids included.

“It’s going to take some time for the community to adjust,” he told the Miner. “People will have to learn what it’s going to mean to our community.”

Driving under the influence of marijuana is an obvious concern, he said. There will need to be community outreach to educate people.

“People are naïve when it comes to the impact and don’t realize how potent some of those products are,” Cooper said.

So far there’s no technology to detect marijuana influence, Cooper said, but it’s being developed. In the meantime, the police rely on the officers’ observation skills, and DUI will be enforced.

Attorney Amanda Claerhout from the Mohave County Attorney's Office doesn’t think her agency will be less busy, either.

“There will be a lot less simple possessions, true, but there likely will be more misdemeanors for larger amounts,” she said.

Most of them will be cars stopped with marijuana while passing through, not destined for Mohave County, Claerhout predicted.

According to the new laws, felony possession starts above 100 pounds. Also, while old possession records can be expunged, it will not happen automatically, she explained.

“The Arizona Department of Health Services is still working on the regulations, for example the potency for edibles, that will be ready in the near feature,” he said.

Udell, who suffers from Crohn's disease, is a medical marijuana card carrier. The tax for recreational marijuana is expected to be somewhere between 16% and 33%. The difference will be that those with medical cards will not pay the tax, he explained.

Udell said he believes that it will start with dual licenses and that maybe additional recreational licenses will be released every few years in small batches, issued to certain populations or zip codes affected by the previous war on drugs.

“Since Mohave County is close to Utah, it can expect economic benefits, from people traveling from there,” Udell said. “Also, people on the way from Vegas to Grand Canyon will stop by.”

Scott Holtry, planning manager for Planning and Zoning at Mohave County Development Services, said there are several medical marijuana facilities in the county. He said he doesn’t know how many because his department is not allowed to keep track. Medical licenses were based on the number of pharmacies in the area and he expects that will be the case with recreational marijuana facilities.

“They will be allowed except in residential zones,” Holtry said. At some point, he said, his department will put it on the board of supervisors meeting agenda.

The new law allows adults over the age of 21 to grow up to six marijuana plants at their homes. AZDHS is responsible for the regulation of marijuana retail and other related facilities. It will develop a system for licensing marijuana establishments and testing facilities, and guidelines for advertising.

She told the Miner she doesn’t believe that medical cards and her business is going away.

“Some people will still need them, for example for work,” she said.

“Let the process run its course,” she said. “We will watch the community safety very closely and soon will have more information about the impact.”

For now, she assured the Miner, Kingman will allow only a limited number of licenses and the city didn’t agree on anything more than dual licenses for medical marijuana facilities.

Both the Kingman City Council and the Mohave County Board of Supervisors will continue the discussion in the coming weeks and months.

Kingman medical marijuana retailers Medusa Farms and Hana Meds, who will likely be the first beneficiaries of the new law in Kingman, were contacted for this story but did not respond.