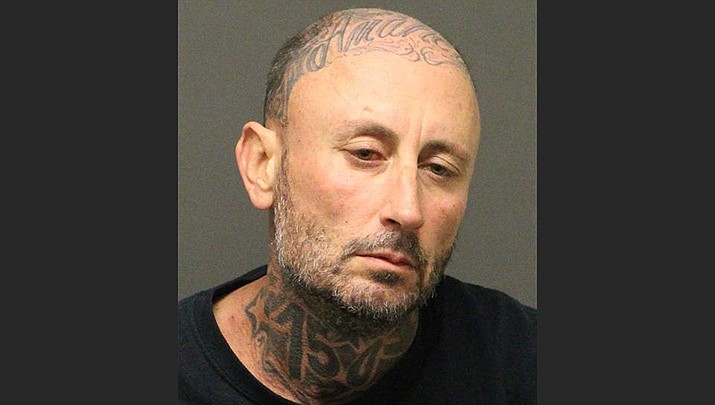 MCSO wrote in a news release that deputies responded to a truck stop in the 900 block of Blake Ranch Road at approximately 7:30 a.m. in reference to a male subject harassing truck drivers in the parking lot. The truck stop’s manager called as well, claiming a male subject in a dark gray Hyundai SUV was threatening some of the drivers and accusing them of kidnapping his wife.

Deputies were approached by the male subject, identified as Sousa, who said his wife had been kidnapped and that he had tracked her to this location. Deputies conducted a record check of the wife’s name, but could not find reports of a missing person or kidnapping.

Deputies told Sousa to stop harassing truck drivers and causing a disturbance at the business. Sousa reportedly left the area in his vehicle.

A short time later, MCSO reports that deputies were told Sousa’s vehicle was seen driving the wrong direction on the off ramp to Interstate 40. Deputies began patrolling the interstate and received a call from dispatch that a vehicle matching Sousa’s was blocking traffic near westbound milepost 65.

Deputies responded to the location and reportedly observed Sousa’s vehicle parked sideways in the No. 1 lane, and a semi-truck stopped behind it blocking both lanes. Deputies gave commands for Sousa to get on the ground, and he complied prior to being placed in restraints. However, according to the sheriff’s office, Sousa attempted to pull away from deputies several times and began offering the deputies money to let him go.

Contact was made with the driver of the semi, who said he observed Sousa’s vehicle on the shoulder of the highway, so he switched to the No. 1 lane. He said Sousa then accelerated past the truck and braked in front of him, causing the semi driver to slam on his brakes which resulted in significant damage to the product he was carrying.

He is alleged to have continued attempting to bribe deputies as he was transported to the Mohave County Adult Detention Facility on suspicion of unlawful imprisonment, two counts of criminal damage, third degree escape and bribing a public servant, all felonies, along with misdemeanor obstructing a public highway.