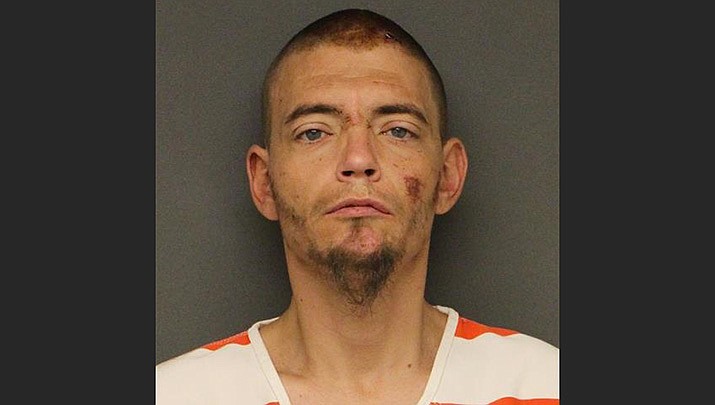 KINGMAN – Troy Allen Worden, 38, of Kingman, was arrested by the Mohave County Sheriff’s Office after allegedly assaulting a deputy and a health care worker on Nov. 21.

MCSO wrote in a news release that deputies responded to a residence in the 2400 block of Packard Avenue in reference to a domestic violence situation. Deputies were reportedly able to diffuse the situation while on scene, but were called back to the residence at approximately 4 p.m.

Deputies made contact with the victim, who said that the male subject, identified as Worden, began threatening to light her pets on fire as soon as law enforcement left the first time. Deputies made contact with Worden, who was reportedly covered in blood. Worden alleged the victim had hit him in the head with a brick, but deputies were unable to locate the brick used in the alleged assault.

Deputies then contacted several neighbors who said they observed Worden outside yelling at the victim and hitting his head on the front door, “causing the head injury.”

While continuing the investigation, deputies were advised that Worden was hitting his head on the window of the patrol vehicle causing additional injuries to his head. He was seen again by medical staff, however, reportedly became combative during the evaluation.

According to MCSO, Worden made multiple threats to deputies before kicking one in the head prior to being transported to Kingman Regional Medical Center for evaluation where he allegedly spat on a nurse.