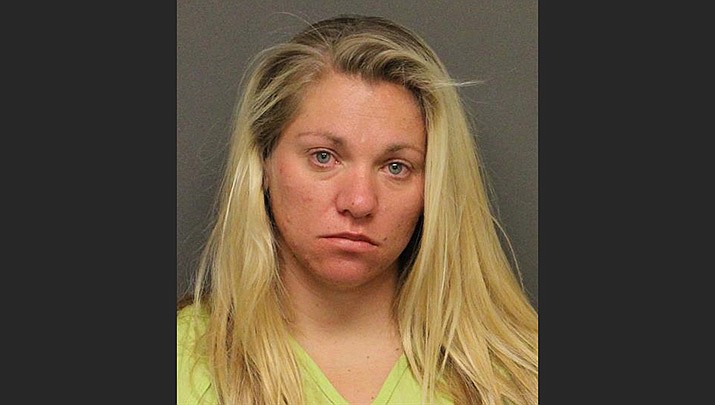 KINGMAN – Sabrina Lynn Nulsen, 29, was arrested by the Mohave County Sheriff’s Office on Tuesday, Dec. 8 on suspicion of arson in relation to a “suspicious” residential structure fire in the 8400 block of W. 7th Street in Dolan Springs.

Just before 6 a.m. Tuesday, MCSO received several calls in reference to a residential structure fire in Dolan Springs. Fire personnel with the Lake Mohave Ranchos Fire Department responded and observed the residence to be fully involved with fire. No one was believed to be inside at the time of the fire, which was later confirmed.

MCSO wrote in a news release that its detectives responded to the scene because of the suspicious circumstances surrounding the fire’s start. Detectives obtained video from the homeowner/victim that reportedly identified the suspect as Nulsen, the homeowner’s niece.

Five minutes later, smoke and fire began to “bellow” from the residence. The camera shut down approximately a minute later. The release said that Nulsen used to live at the residence but had been evicted a month ago.

Just before 9 a.m., detectives located Nulsen, who was reportedly wearing the same clothes as the subject in the video with the exception of a missing sweatshirt. She walking down the road approximately 3 miles north of the fire, according to MCSO.

Law enforcement reports that Nulsen refused to talk about the fire and denied being on the property. She was arrested on suspicion of arson of a structure, first degree criminal trespassing and criminal damage, all felonies, and transported to the Mohave County Adult Detention Facility.

The residence, a manufactured home, was completely destroyed. The value of the residence was set at approximately $70,000, and the contents within $20,000. The investigation continues.