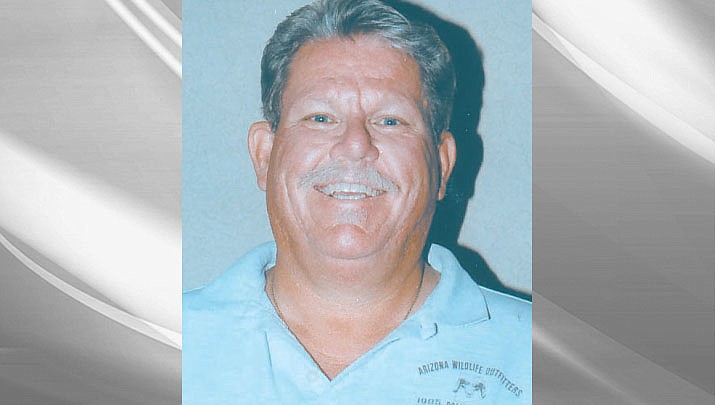 The proposal by the Arizona Game and Fish Commission is going full speed, and has caused a huge division among Arizona’s sportsmen.

The Commission has now released a document that is posted on their website at https: //www.azgfd.com/Agency/Commission/commissioncorner/ entitled Information on Arizona Game and Fish Commission proposal to amend rules to regulate the use of trail cameras for the take of wildlife.

This three-page document is a must read for every Arizona sportsman who is interested in this proposal. The document outlines exactly why the Commission is making this proposal.

While I’m not to go through the document line by line, I will offer comment on some of the reasons given why the commissioners think they must take this action and my reaction to them.

The Commission is considering regulating trail cameras as a result of public concerns over the use of trail cameras as it relates to fair chase. Commission Policy on fair chase includes: “…new or evolving technologies and practices that provide hunters or anglers with an improper or unfair advantage in the pursuit and taking of wildlife, or may create a public perception of an improper or unfair advantage. ... This applies to areas where water is primarily point source water and game cannot escape detection.”

In reviewing the information booklet put out by the department, under the North American Model of Wildlife Conservation and in a section entitled “fair chase,” there is no place that states specifically that trail cameras are a violation of fair chase. In fact, several organizations such as Boone & Crockett and Pope & Young agree that while the use of live-action cameras violates fair chase, it gets convoluted with the use of passive cameras, where images of animals are not transmitted are concerned.

One could then ask if it violates fair chase to sit close to or watch a water – a water that generally was paid for by sportsmen funds?

In my experience I can honestly say that I’ve never taken an animal that I had an image of on a camera.

What about an 80-year-old lady, who is a cancer survivor who has been faithfully buying a license and applying for a deer tag on the Kaibab for over 20 years! She is unable to hike long distances, and has a AZGFD issued CHAMP permit. Is it a violation of fair chase for her to use a trail camera to see where deer are coming in?

What about the disabled vet who is an amputee? He can’t hike very far and he has a CHAMP permit, too. I submit that one size doesn’t fit all when it comes to the definition of fair chase.

Concerns that trail cameras are a source of conflict between hunters, including sense of ownership over a water source and hunting area

This is a people problem, not a camera problem. You are dealing with some people’s poor behavior.

Recently I was watching a wildlife water on the Kaibab at a distance of 140 yards. Over 80 deer, including two bucks, came in to water, walked right by the six cameras that were on a stump, watered and left. In the three hours I was there not one other vehicle came to the water.

The next morning at the same water a friend of mine was watching and counting as the deer came in. He saw over 100 deer, including six bucks.

He, too, never saw another vehicle while he was there. In my experience those who have cameras will check them mid-day, not at prime time!

Livestock typically don’t water at wildlife waters. They water at dirt tanks. Ranchers who own private lands, such as the Boquillas Ranch, have it in their ranch rules that cameras and/or blinds are not allowed. Ranchers who lease public lands are not entitled to exclusive use of those lands and waters, unless they own them. On public lands it is called multiple use. And again, is it a camera issue or an issue involving people who are there recreating?

Many animals water at night when no one is around. Most cameras used are infrared, which means the animals don’t even know that a camera has went off whether it is daylight or dark. Remember my comments about how many deer came in during the two mornings we watched a wildlife water? It’s interesting that the Game and Fish comment says “the potential biological effects.” Are there studies that have been done by the Department that shows this to be true? Or is it, as the statement suggests, just a possibility that’s not based on any science? I know in my over 40 years of experience of being in the outdoors, I’ve sure not seen it!

Again, aren’t we dealing with public lands? Doesn’t a sportsman who wants to put up a camera on a water have just as much right to be out there as the bird watcher or a wildlife photographer? Sportsmen pay a lot for the privilege of being in the great outdoors and on public lands. We pay excise taxes on our equipment to fund wildlife. Bird watchers and photographers do not pay that excise tax on their equipment.

Complaints about damage to and theft of trail cameras

Again, is this a camera issue, or a people and law enforcement issue? Criminals come in all ages, and backgrounds. Recently a camp was stolen by thieves while the owner was away. What got the crooks caught? The sportsman had set up trail cameras to watch his camp and the crooks’ photos were taken.

There is now potential monetization of game cameras to include services to place, monitor, check and sell camera images. If those services increase, the numbers of cameras and their use for take could dramatically increase.

Again, I say this is an issue dealing with people and not with cameras. If the commission and department think this is going to happen, and feel it is improper, then address that with a rule. However, it is like saying that I can’t sell other truck owners auxiliary driving lights for their vehicles. Entrepreneurs who come up with a way to provide wanted services to the public can be regulated, but should they be outlawed?

Legislation has previously been introduced that has so far not advanced because the commission maintains the authority to examine this issue through rulemaking. At the request of the commission, it was pulled.

This issue was brought up in 2018 and again last year when a legislator (Republican Robert Thorpe) proposed two bills that would have outlawed the use of cameras along with some other Draconian proposals. It seems that not only did the Commission ask for that legislation to be pulled, but according to our own State Rep. Regina Cobb (R-Kingman), “last year I had to intercept a few bills from going to the floor that were not well thought out and I will keep my eyes open again. Yes, legislation has been attempted the last few years. A season like Nevada would be a better alternative.”

What I make of that statement is the commission is willing to outlaw the camera use so that the Legislature won’t try to pass laws that would restrict their ability to regulate wildlife?

So, are you, the Arizona sportsman, willing to see your methods of hunting and maybe fishing taken away piece by piece due to a threat by state legislators?

I call this “creeping incrementalism” and if this goes through, what is next? Tree stands, blinds, binoculars, spotting scopes or electronic fish finders that a legislator and/or some antis don’t like? Don’t say it can’t and won’t happen.

No one ever thought coyote hunts where prizes were given for taking the state’s most numerous predator would be stopped. But they have.

Did you notice the part in the document concerning the definition of “take” and how it applies to fishing? Are electronic fish finders soon be outlawed?

(Don Martin of Kingman is an outfitter and outdoors writer)