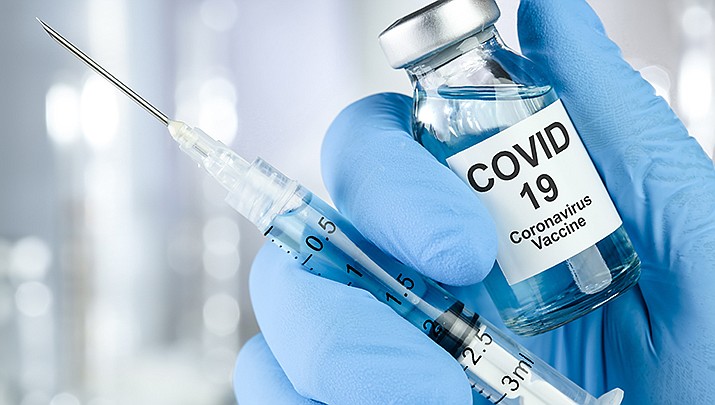 Arizona is struggling to get shots in arms as the coronavirus vaccine arrives in the state. (Adobe image)

PHOENIX – Arizona has only inoculated about 20% of the people it could with available COVID-19 vaccines as it struggles to stand up a mass program that will eventually provide protection to all residents who want the shots.

Gov. Gov. Ducey noted the issue, ordering Christ's department on Wednesday to establish a statewide system of distribution, rather than relying on county health departments to manage the vaccine program on their own. Ducey said there are delays being reported nationwide.

“While Arizona has avoided many of these issues, any delay in shots being given to Arizonans is unacceptable," Ducey said in a statement. “The development of the vaccine was called Operation Warp Speed, and the distribution of the vaccine should follow that same sense of urgency."

The state is expecting to receive 314,000 doses by the end of the week, but Christ said Wednesday that only 57,000 doses have been given so far. She downplayed the delay, saying the system to mass vaccinate health care workers is operating well while promising quicker rollouts. Nursing home residents started getting shots this week. “I think you'll start to see it speed up, especially with the long-term care providers this week,” Christ said.

Christ announced the expanded state role before Ducey issued his new order, noting that as priority populations like health care workers are vaccinated and broader groups get the vaccine there's a need to boost statewide oversight.

“I think as we expand you're going to see significant increases in vaccine throughout Arizona,” Christ said, noting that she still thinks all Arizonans can get vaccinated by the summer.

The developments come as the state continues to see a surge, with over 5,000 additional known COVID-19 cases and 78 additional deaths reported Wednesday while related hospitalizations statewide continued to set records.

COVID-19 hospitalizations as of Tuesday reached a pandemic-high record of 4,526, the latest in a string of records set this month and over 1,000 higher than at the peak of the summer surge.

The 1,076 COVID-19 patients in intensive care beds also were a record and occupied 61% of all ICU beds, according to the state's coronavirus dashboard.

Some Arizona hospitals burdened by the crush of COVID-19 patients resorted to turning down patients through ambulance runs or transfers from other hospitals while still accepting walk-in patients needing emergency care.

Banner Health, the state's largest hospital system, said Wednesday they were well over capacity and were hoping to avoid triaging cases, where lack of available beds leaves some patients unable to get care because the hospital is prioritizing cases with the highest chance of survival.

“Banner and the other hospitals and health systems are doing everything that we can to prevent a triage situation, but we can’t do it alone,” said Dr. Marjorie Bessel, Banner's chief medical officer. “We need more mitigation, more enforcement and more personal commitment from Arizonans to reduce the spread of COVID 19.”

Ducey has refused to tighten mitigation measures, declining to order businesses to close like he did over the summer, and enforcement of existing capacity rules for bars and restaurants is spotty at best. That has left Bessel frustrated.

Arizona had the third-highest COVID-19 diagnosis rate in the nation over the past week. behind California and Tennessee. The diagnosis rate is calculated by dividing a state’s total population by the number of new cases.

The vaccine's rollout has been rocky nationwide, with systems to quickly vaccinate mass numbers of people falling behind expectations.

The next group in Arizona that will be able to be vaccinated are people age 75 and older, educators, essential workers and people at high risk because of preexisting conditions who are in congregate settings, like prisoners.

In other developments, Ducey on Wednesday announced he had allocated $115 million of additional federal coronavirus relief funding to the three state universities, calling it “an acknowledgement of the instrumental role they’ve played in the state’s ongoing efforts to contain the spread of COVID-19."