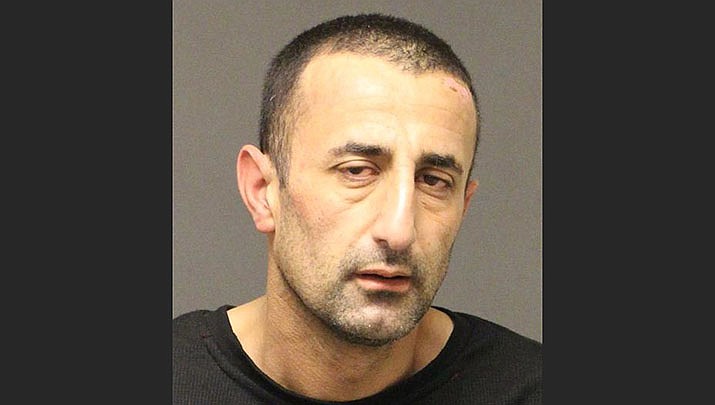 KINGMAN – Thaer Jamal Al-Khatib, 40, of Phoenix, was arrested by the Kingman Police Department on Sunday, Dec. 21 after officers arrived to a local motel to allegedly find him impaired and partially unresponsive.

Officers responded to a motel in the 400 block of W. Beale Street at approximately noon in regards to an occupant not responding after the check-out time. Officers forced entry into the room and reportedly located Khatib on the bed impaired and partially unresponsive.

Khatib, who according to KPD admitted involvement in the offense, was evaluated by paramedics and arrested on suspicion of felony possession of narcotic drugs for sale, possession of dangerous drugs and possession of drug paraphernalia. He was booked into the Mohave County Adult Detention Facility.