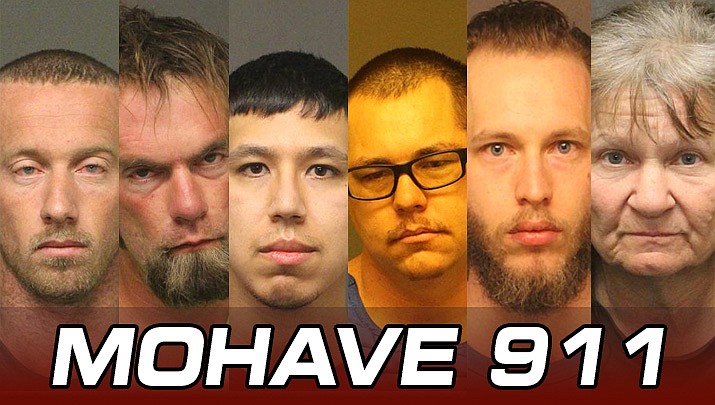 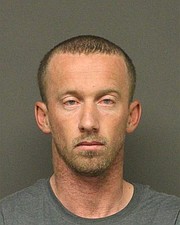 Todd Nicholas Cochran, 29, of Kingman, was arrested by the Mohave County Sheriff’s Office for alleged possession of a stolen ATV.

At approximately 3 p.m. deputies responded to Shipp Drive and Bouse Road in Golden Valley to a report of a stolen ATV.

The subject was located and identified as Cochran. The ATV was located and Cochran was arrested on suspicion of felony possession of stolen property. He was transported to the Mohave County Adult Detention Facility. 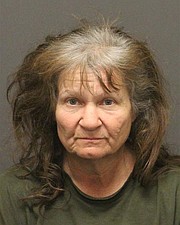 At approximately 3:45 p.m. deputies observed a black sedan traveling north on Highway 95 and noticed the vehicle had a cracked windshield. A traffic stop was conducted and the male driver advised he did not have a driver’s license.

The passenger and registered owner, Shows, had an arrest warrant and was detained. A search revealed 3.46 grams of suspected methamphetamine and a glass pipe. The vehicle was towed and the driver was cited for driving on a suspended license and expired registration and failure to produce insurance.

Shows was arrested on suspicion of dangerous drug possession and drug paraphernalia possession, both felonies. 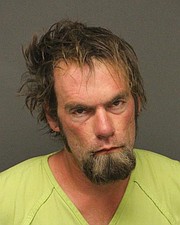 Deputies were called to a business in the 7100 block of Highway 68 to a report of an assault. The victim claimed she was assaulted by Krehbiel at a separate location, and came to the business for help.

The victim had blood on her face and an abrasion on her leg. She alleged she and Krehbiel had a verbal altercation and she left the residence in her vehicle. She ran out of gas on Estrella Road. She started walking and Krehbiel ran toward her and began hitting her in the face with a hammer. Krehbiel then allegedly dragged her into a wash area and continued the assault, hitting her in the legs and kicking her abdomen. She was able run to a business and call for deputies. She was taken to the hospital, and her injuries were consistent with the allegations.

Deputies arrested Krehbiel in the 3700 block of Emery Park Road. He denied the assault.

Michael Shaw, 29, of Kingman, was arrested on suspicion of three counts of luring a minor under the age of 15 for sexual exploitation and one count of attempted sexual conduct with a minor, all felonies.

Daniel Saguchi-Cazares, 26, of Fort Mohave, was arrested on suspicion of two counts of luring a minor under the age of 15 for sexual exploitation and one count of attempted sexual conduct with a minor.

“It is the goal of these operations to be proactive in keeping the youth of Mohave County safe, especially those vulnerable to online predators. Some of the individuals we have arrested commented that they were aware of our operations and have seen our press releases,” Detective Lt. Jason Elsbury wrote in a news release. “Unfortunately even knowing that incarceration is an ever possible outcome, it does not deter everyone from continuing this destructive behavior.”

In the past 14 months 22 individuals have been charged with internet crimes against children. Nine have been convicted or pleaded guilty with prison time ranging from one to 33 years. The other 13 are awaiting adjudication.

“If we can prevent even one child from being victimized, we are doing our jobs, and we owe our communities nothing less,” Elsbury wrote.

MCSO reminds parents in Mohave County to monitor their children’s internet usage. “The internet can be a wonderful tool, but can also be a path for offenders to gain access to your children. It is recommended that parents limit their child’s social media presence, as well as maintain constant communication about the hazards of communicating with anyone online.”