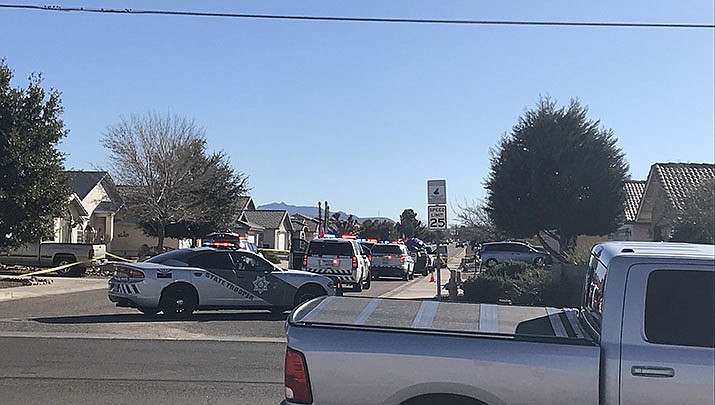 Police cars block the street near Prairie View Drive in Kingman, the scene of a murder-suicide that followed a traffic stop by an Arizona Department of Public Safety. (Courtesy photo)

KINGMAN – A man with felony drug warrants from Colorado reportedly committed a murder-suicide during a traffic stop conducted Sunday, Feb. 2 near Prairie View Drive in Kingman, reports the Arizona Department of Public Safety.

At around 1:49 p.m., a trooper conducted a traffic stop on an older model pickup truck in Kingman. During the stop, the trooper learned that the driver and passenger had felony warrants with nationwide extradition for illegal drugs out of Colorado.

Upon returning to the vehicle, the driver, identified as 57-year-old Kyle Don Axtell of Kingman, reportedly displayed a handgun and shot the female passenger, identified as 50-year-old Kelly Susanne Nickolson. The trooper then drew and fired his weapon at the driver to try and stop the threat.

At the same time, the driver reportedly turned the gun on himself and fired. The driver and passenger were declared deceased on scene. The trooper was not injured.

The investigation is ongoing. Follow kdminer.com and The Kingman Miner for updated information.

Information provided by the Arizona Department of Public Safety 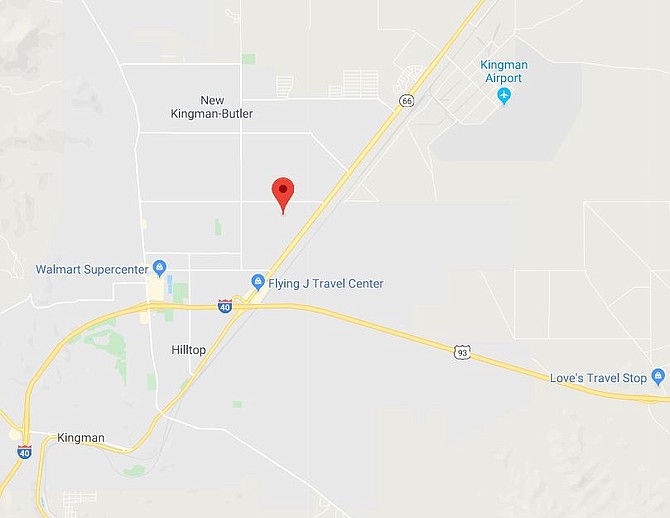