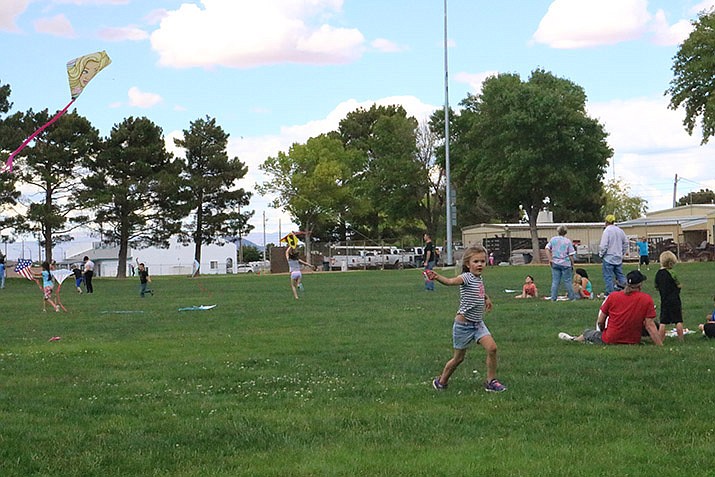 Local residents, while generally happy with services provided by the Kingman Parks and Recreation Department, recognize there is always more that can be done to improve livability in Kingman.

Nearly 100 Kingman residents participated in four days of stakeholder and community input meetings held at the end of January for the Parks, Open Space, Trails and Recreation Master Plan. But people weren’t only asked what additions they would like to see to Kingman’s parks; they were also posed with the question of how to pay for such improvements and additional services.

Parks Director Mike Meersman explained that the master plan will evaluate existing parks, recreation facilities, trails, programs and services in an effort to determine current and future levels of service needed for the community. The city has brought on Colorado-based GreenPlay, LLC to assist with the effort to the tune of about $70,000.

Meeting participants, which included stakeholders such as city council members and the city manager, were asked a number of questions inquiring about the strengths and weaknesses of Parks and Recreation, additional activities and facilities sought, potential improvements and more.

“Forty-seven percent of them were people who have utilized our facilities for more than 20 years,” Meersman said of attendees. “A lot of the people were people that have been in this community a long time and care about it. But we did have a wide range of people. Some had just moved here and came and shared their thoughts.”

Meersman said comments about the Parks and Recreation Department were generally positive, and that the meetings yielded some interesting responses. Additional activities discussed included a full-blown community center complete with basketball courts and indoor classrooms. Some said they would like some form of covered aquatic center that could be utilized year-round, while others were interested in more splash pads, soccer fields and updated field lighting.

Trails were also a popular topic. People not only want more trails, but a wider variety of trails in terms of ranging difficulty. Also recommended was a concrete path through Kingman for cyclists. Meersman said the city is also speaking with UniSource electric about a project to place bike paths along utility easements.

“I think it would be awesome,” he said. “We could link many areas of our city with paths that go down the utility easements.”

And while all the additions noted above would be beneficial for the community, funding remains an obstacle.

“They’re all part of our master plan, our long-range plan,” Meersman said of improvements such as field lighting. “We do realize that those things need to be done, but they’re expensive.”

For example, Meersman said lighting improvements for a single field would cost the city around $360,000. Finding financing for larger projects, such as a community center, will take some thought.

Participants did have some suggestions for how the city could fund Parks and Recreation capital improvement projects. One of those suggestions was a bond for a specific project, such as a community center. Meersman said he believes the key to going the bond route is transparency: being open and honest with voters about how the money would be used.

Another suggestion was to seek donations for Parks and Recreation capital improvement projects on water bills. That way, water customers could donate as much as they like, or not at all. Kingman currently has around 20,000 water customers, about half of which are connected to the sanitary sewer system.

People were also asked about populations and areas of town that are underserved by Parks and Recreation services. Responses noted that one under-served population may be seniors. In reference to areas lacking parks, Meersman said people pointed to the northern part of Kingman, areas that have been annexed in the past.

GreenPlay, LLC and its partner, J2 Engineering and Environmental Design of Phoenix, will now use responses received through the stakeholder and public input meetings to create a statistically valid survey. That survey could be mailed as soon as this month to around 3,000 Kingman residents. It will also be made available online. The master plan is expected to be completed by June, at which time it will be presented to city council.

The city website currently lists 17 parks and recreation facilities in Kingman ranging in size from the 2-acre Hubbs and Mohave neighborhood parks to 51-acre Southside Park. A few have pools or a splash pad.