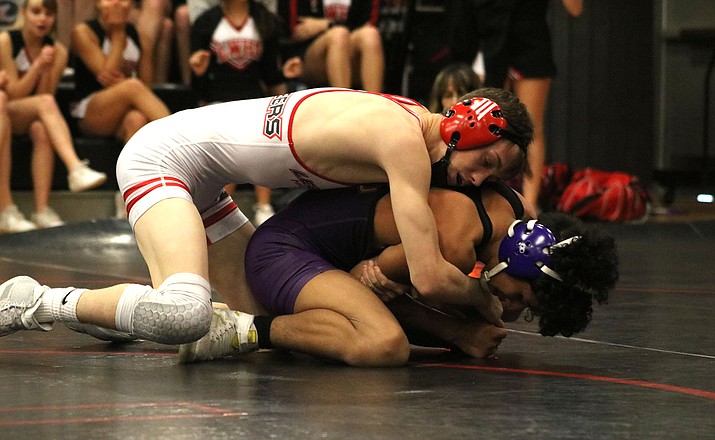 KINGMAN – The Lee Williams High School wrestling team hit the mats Wednesday for a four-team dual meet, but that wasn’t nearly as important as what happened a few days earlier in River Valley.

“It was big for a team to win back-to-back region championships, especially going in with a broken lineup,” said Lee Williams head coach Dan Ondrejka. “In every dual meet we’re down about three to four wrestlers. So for our guys to fight through everything, show that much heart and win regionals like that, it speaks volumes for how hard they’re working in the room. We’re really proud of them.”

It marked the Vols’ third title in four years and they also walked away with another great accomplishment.

“It means a lot because I’ve really fought these last three years to make it this far,” Broadbent said of her section championship. “It’s amazing to finally get there. It makes every injury and all the blood, sweat and tears worth it.” 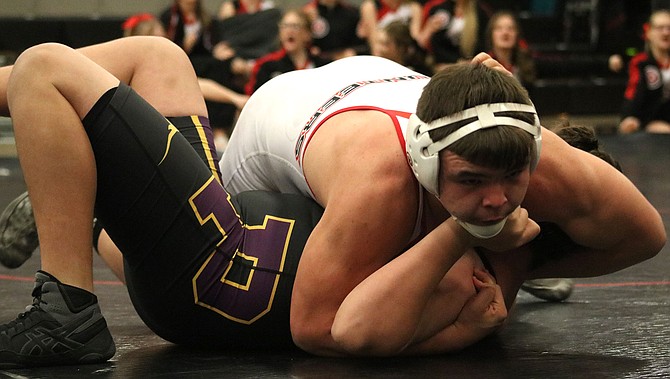 Ondrejka was just as happy to see Broadbent rise to the occasion.

“Luckily she’s had the opportunity to wrestle in three tournaments this year and she’s coming out sectional champ,” he said. “She’s looked really tough and ended up with a 9-2 record going into state. She’s the first girl in Kingman to be sectional champ and the first girl at Lee Williams to make it to state, which is huge for our program.”

“It’s super awesome to see her qualify and it’s super exciting,” Dixon said. “It gives everyone energy to qualify for state, too.”

Dixon, Broadbent and the three other Lee Williams seniors make up one of the biggest senior classes in the past four years and that provides even more motivation for the group.

“We’re really hoping that all five seniors can qualify for state,” Dixon said. “We can all go for our final hurray. It’s really cool.”

And that fact made Wednesday’s dual meet even more important as the Vols leaned on its youth against Lake Havasu, Payson and Snowflake.

“The big thing is we’re getting our young guys experience here,” Ondrejka said. “We might not walk out with wins today, but we’re getting our guys experience. And we still had a winning season, even giving up three to four weight classes. We’re giving up 18 to 24 points every dual we walk into and we have a winning record right now, which says a lot for these guys and how hard they’re working and how much heart they have.”