Vehicle pursuit ends with arrest of Iowans in Kingman 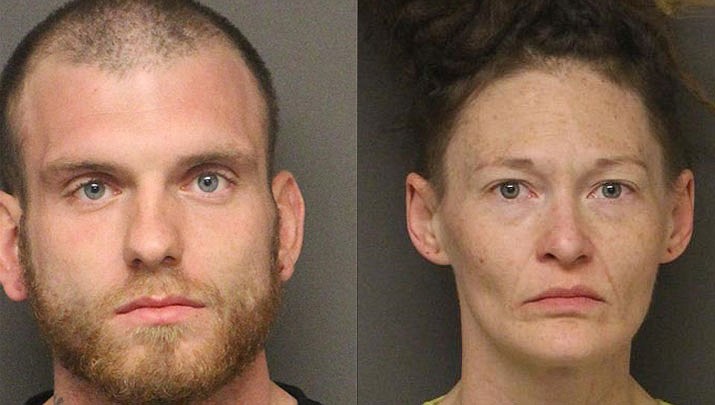 At approximately 11 a.m., deputies observed a sedan with a Colorado license plate and a cracked windshield at Stockton Hill Road and Sycamore Avenue. A records check was conducted on the license plate, and results reportedly showed the car had been stolen in a carjacking incident.

Deputies observed two occupants in the vehicle – a male with short hair, and a female with pulled back hair. When the vehicle pulled into the parking lot of a business in the 1700 block of Beverly Avenue, deputies attempted to conduct a traffic stop and the vehicle reportedly took off at a high rate of speed.

A pursuit ensued and the vehicle ran several stop signs. Deputies lost sight of the vehicle, but located it abandoned in the 3900 block of Raymond Avenue.

Kingman police set up a perimeter and both suspects were located shortly in the parking lot of a nearby business.

Jesse McQuade Dawson, the driver of the vehicle, was arrested on suspicion of theft of means of transportation, unlawful flight from law enforcement, both felonies, and misdemeanor resisting arrest. Stephanie Lynn Sparks was arrested on suspicion of felony theft of means of transportation and misdemeanor resisting arrest. Both were transported to the Mohave County Adult Detention Facility.