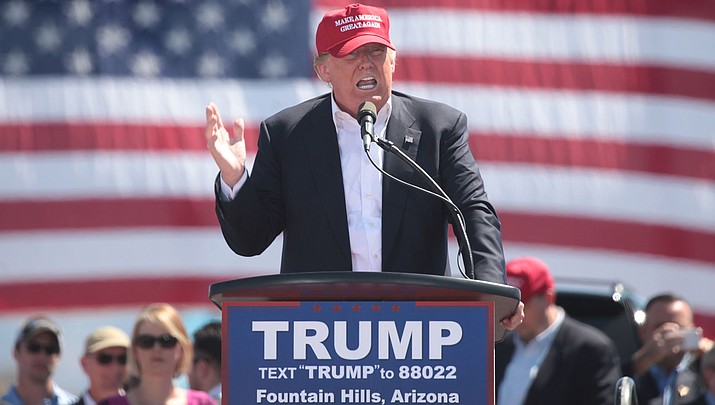 PHOENIX – President Donald Trump has scheduled a campaign rally in Arizona on Feb. 19, just under a month before the state's presidential primary election that will have only Democrats going to the polls. Trump's campaign said in an announcement late Friday that the evening rally will be held at Arizona Veterans Memorial Coliseum in Phoenix.

The Arizona Republican Party is not participating in the March 17 presidential party.

The campaign's announcement said Trump “has delivered on his promises and he looks forward to celebrating those successes with the great men and women of Arizona."

Arizona has long been a Republican stronghold but Democrats made inroads in 2018 midterms, thanks partly to a growing Latino voting-age population and disenchantment among college-educated women in suburbs surrounding Phoenix.

Both parties see Arizona as a battleground for the presidency and the U.S. Senate, with appointed Republican Sen. Martha McSally running for the final two years of the term of the late Sen. John McCain.

With no serious challenge in his own party and plenty of funding, Trump's campaign has been staging rallies in early states on the campaign calendar and taking other steps to ramp up their organization and boost excitement for the president's general election candidacy.