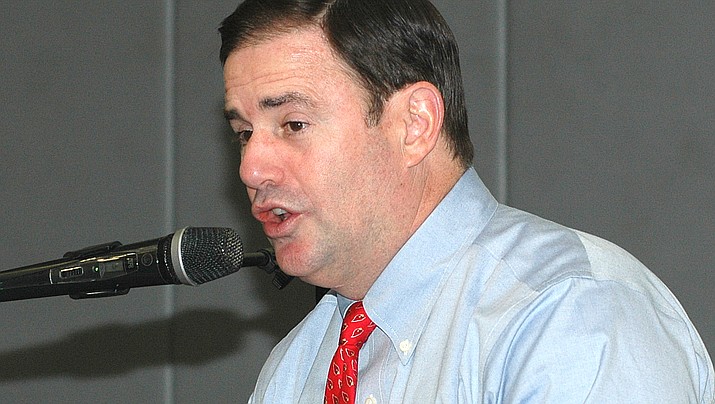 PHOENIX - Saying the state has more money than it needs, Republicans on a House panel voted Wednesday to cut state taxes to the tune of by nearly $162 million this coming budget year – and an undetermined amount years down the road.

The biggest part of HB 2778 as approved by the Ways and Means Committee on a party-line vote is an across-the-board cut in individual income tax rates. That move alone would reduce state revenues by $100 million a year, though the benefit to individual taxpayers varies.

Another provision would give businesses the ability to write off more rapidly the deprecation of equipment they buy, giving them an additional income tax deduction.

The one that could have the biggest impact over the long term, however, is to increase the amount that individuals who do not file itemized tax returns can still deduct in charitable contributions from the amount of income that is subject to state income taxes.

For the coming fiscal year that loss would be $2.1 million.

Epstein worried that this change alone eventually could balloon to $100 million a year, money she argued is needed for Arizona to meet its needs for everything from education to the problems of the homeless.

That argument, however, did not convince Rep. Joanne Osborne, R-Goodyear.

"There are always needs,” she said. "We certainly could spend every dollars that is here.”

But Osborne said it is the job of lawmakers to achieve "balance.”

"And that balance also goes towards the taxpayers,” she said.

And Rep. Ben Toma, R-Peoria, who crafted the legislation, brushed aside concerns that cutting tax rates will eat into needed state revenues.

"Broad-based tax cuts and just cutting red tape in general will lead to more revenue for everyone,” he said. "We've seen that happen in spite of the fact that some strongly wish that that was not true.”

The legislative staff analysis of the measure does not spell out how much individuals will actually see in tax relief.

The legislation would drop all the rates slightly, with a new minimum of 2.53% and a new maximum of 4.45%.

Figuring out what that means is a bit more difficult.

A single person with a $25,000 taxable income now owes $648 in state income taxes using the current table. Everything else being equal, the legislation would shrink that to $633.

What the committee approved is only part of what some Republicans are proposing to cut taxes.

Gov. Doug Ducey wants to eliminate all state income taxes for retired military. That has a $43 million price tag.

Part of the reason the state has money that some want to translate into tax cuts is a pair of actions last year that effectively raised taxes.

One was "conforming” Arizona's income tax structure to changes in the 2017 federal Tax Cuts and Jobs Act.

The other was the decision by lawmakers to begin taxing online sales following a U.S. Supreme Court decision that said states are free to levy their taxes on all sales made into the state, regardless of the source. Prior to that, anything ordered from out-of-state retailers who had no physical presence in Arizona, like a retail store or distribution center, was exempt.

That tax took effect in October on retailers making at least $200,000 in direct sales in Arizona.

Lawmakers built about $85 million into the budget for the current fiscal year that runs through June 30. But legislative staffers say that the actual impact will be $70 million more. And that doesn't count another $150 million that will go to local governments for their own sales taxes.

Epstein, however, said it's wrong to see the additional revenues as excess revenues.

At least part of that, Epstein said, is education.

"Our classes are so overcrowded,” she said. "And our teachers, we have shortage of them everywhere.