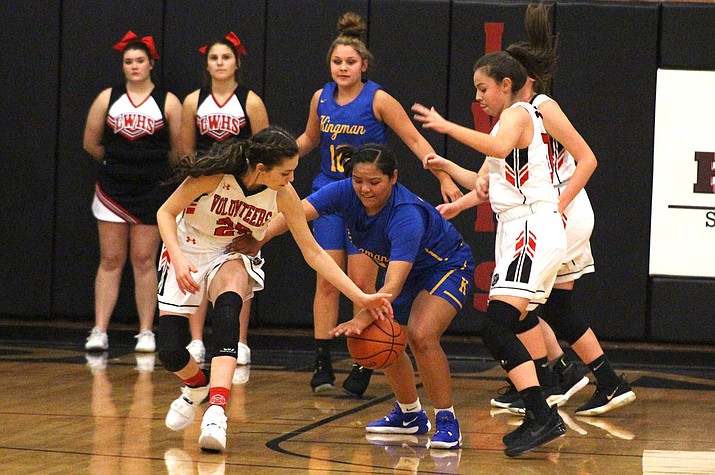 KINGMAN – It’s no secret that the Lee Williams High School girls basketball team is focused on its defense.

The proof is in a number of low-scoring affairs thus far, but the offense finally showed its firepower Friday in a 57-12 victory at River Valley.

“We forced a lot of turnovers and we were able to reward ourselves with some open shots,” said Lee Williams head coach Jerry Arave. “It was a solid team effort.”

The Lady Vols had eight different athletes tally at least two points as Liberty Cronk led the way with 16, followed by Savannah Jimenez with 10 and Hayle Davis with nine.

Lee Williams was in control early with an 11-3 advantage after the first quarter. The offense carried over to the second as the Lady Vols scored 26 points, highlighted by six 3-pointers.

Cronk played a big role in the onslaught as the senior nailed half of those treys and finished the first half with 14 points. 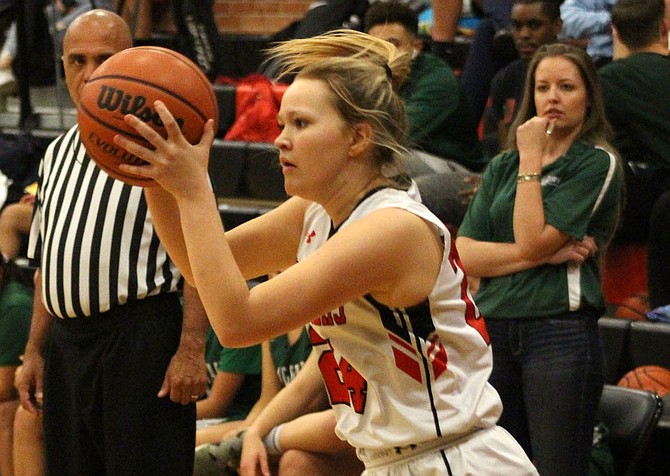 “Liberty shot the ball very well, which really opened things up for us offensively,” Arave said.

But it wasn’t just the offense that was clicking, as the defensive pressure continued into the second half. Lee Williams held the Lady Dust Devils to zero points in the third quarter while scoring nine for a commanding 46-7 advantage.

“Our defense really sparks our offense,” Arave said. “Our offense gets better when we play tough defense because we find ourselves getting easier looks at the basket.”