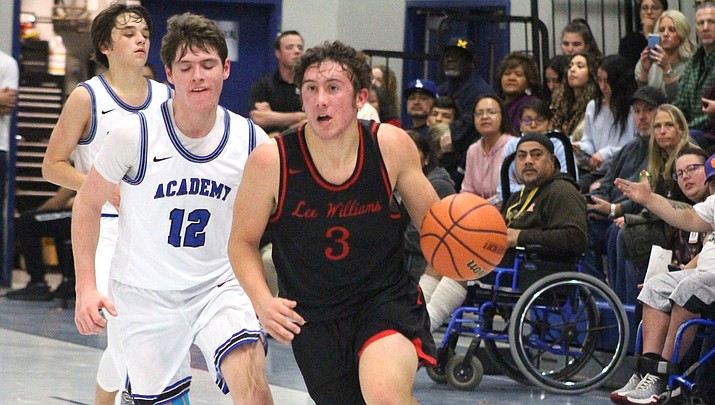 Lee Williams senior Kade Juelfs scored a game-high 21 points Friday in a 60-38 rout of River Valley. The Vols are back on the road Tuesday at Dysart. (Miner file photo)

KINGMAN – Steady progression throughout a game can sometimes be too much for an opponent to overcome.

The Vols trailed by one at halftime, but used a strong second half, highlighted by a 22-point fourth quarter, to rout River Valley.

The free-throw line was crucial for the Vols as they sank 17-of-23, while River Valley was just 4-for-7 from the charity stripe.

Lee Williams’ defense also stepped up late in the game, holding the Dust Devils to six points in the final quarter to clinch its third straight win.

Lee Williams is back at home at 7 p.m. Tuesday, Jan. 14 against Mohave.