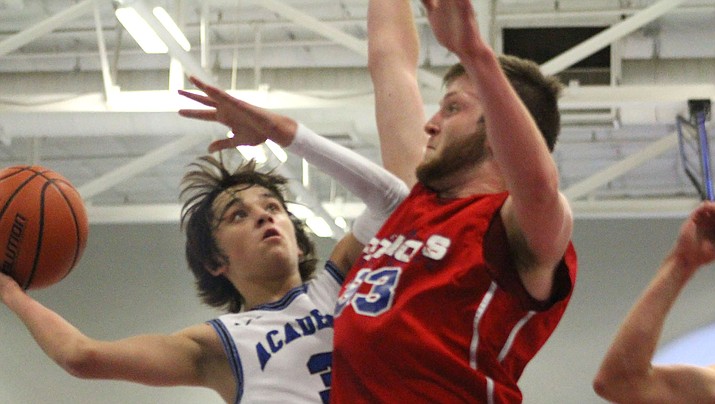 Logan Stephenson and Kingman Academy are ranked No. 15 in the first 3A Conference rankings of the season. (Miner file photo)

KINGMAN – The Arizona Interscholastic Association revealed its first girls and boys basketball rankings Tuesday as the second half of the 2019-20 season gets underway.

The Lee Williams High School boys basketball team sits at No. 16 in the 4A Conference, while 3A squads Kingman Academy and Kingman are ranked No. 15 and No. 35, respectively.

As of Tuesday afternoon, the Tigers are third in the 3A West at 3-2, while Kingman is fourth with a 2-5 record.

The Vols are third in the 4A Grand Canyon Region, with a 4-2 overall record and a 2-1 mark in region play.

Meanwhile for the girls, Lee Williams is ranked No. 33 in the 4A Conference.

In the 3A Conference rankings, Kingman Academy comes in at No. 34 and Kingman is No. 37.

The Lady Vols have yet to tally a region win, but are 3-3 overall and seventh in the 4A Grand Canyon Region.

Kingman Academy is fourth in the 3A West Region at 2-3, followed by Kingman in sixth at 1-6.

Fans can access the rankings via azpreps365.com and the AIA will update them at noon Tuesdays through Fridays during the basketball season.