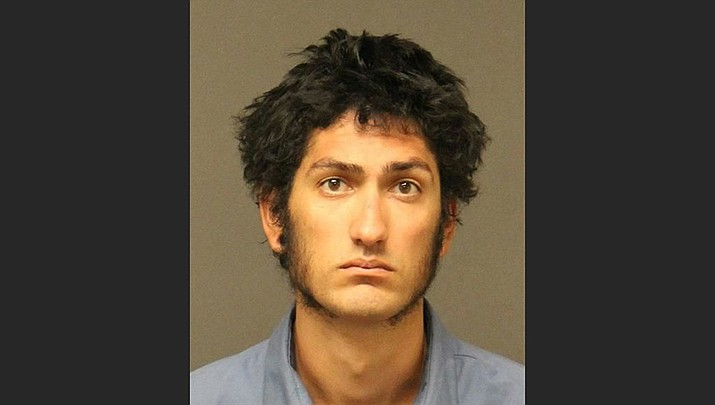 KINGMAN – Bradley Allen Stumpf, 32, pleaded guilty on Tuesday, Jan. 7 to the second-degree murder of 46-year-old Jason McCafferty and will face between 10 and 20 years in prison.

Trooper Kameron Lee, Department of Public Safety public information officer, told The Kingman Miner troopers responded to the Interstate 40 westbound off-ramp at Exit 51 at Stockton Hill Road at about 10:50 p.m. Feb. 11, 2019 after receiving a call about an unresponsive man inside a parked pickup truck.

Troopers and medical personnel came upon the man, McCafferty, in the truck. He was declared dead at the scene.

On Tuesday, prosecutor Karolina Czaplinska read the state’s interpretation of the events of Feb. 11, 2019. She said the victim had taken Stumpf with him to Phoenix to assist the latter in finding work. But she said Stumpf was acting “erratically” and that McCafferty decided to take him back to Kingman.

“On the drive, the defendant continued to act strangely and erratically, including doing things like grabbing the steering wheel as Jason drove, which almost caused the vehicle to go off the road,” she said. “The defendant kept his pistol in his lap while they drove. When Jason pulled off the highway at the Stockton Hill exit of I-40, the defendant pointed the gun at Jason’s face. The defendant then discharged the weapon, firing a single 9 millimeter cartridge bullet into Jason’s chin.”

She continued by saying the bullet traveled through his chin, down his neck and into his left lung. She said the state’s theory was that Stumpf then staged the scene to make it look as though McCafferty had suffered a self-inflicted gunshot wound.

“After staging the weapon, the defendant exited the vehicle and ran to his house without offering any aid to Jason or calling for help,” she said.

Stumpf also addressed the court. He said that he “didn’t recall” staging anything, and that he had been awake for approximately 36 hours on the day in question.

“I want to say that it was more like an accident because I was asleep when I engaged the trigger of the firearm and the projectile hit Mr. McCafferty’s face,” he said.

In an interview with law enforcement, Stumpf reportedly said he and McCafferty were returning from Phoenix where they had been performing survey work.

He told troopers that “weird” music was playing on the radio while in the vehicle, and that he was getting upset because McCafferty was yelling at him. Stumpf also stated he had been hearing voices in his head for the last several months and was “experiencing that while in the vehicle,” according to the affidavit.

Judge Derek Carlisle informed the defendant that according to the terms of the plea agreement, he would have a fair amount of discretion in deciding Stumpf’s sentence, which will be between 10 and 20 years.

Stumpf’s judgement and sentencing has been set for 3 p.m. Thursday, Feb. 6.