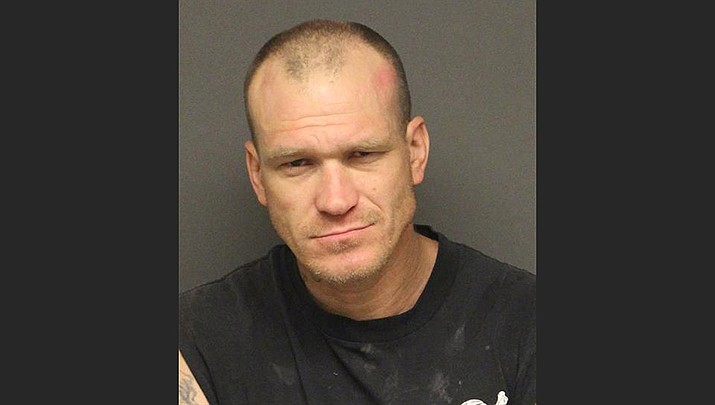 KINGMAN – Joseph Lloyd Whybark, 35, of Golden Valley, charged in connection with a fatal hit-and-run that resulted in the death of a pedestrian, was sentenced to 20 years in prison by Mohave County Superior Court Judge Derek Carlisle on Monday.

Deputies originally responded to the area of Colorado Road and Brooke Drive in Golden Valley on a call of a subject in the roadway on April 23, 2019. They arrived to find 62-year-old Krisandrea Pannell-Cashen of Bullhead City deceased. On April 24, the suspected vehicle involved was located abandoned in a wash on the west end of Golden Valley.

Whybark, per the terms of his plea agreement, pleaded guilty to failure to stop at the scene of an accident resulting in serious injury or death, and tampering with physical evidence. He was sentenced to nine years incarceration for the first offense, and two years for the second.

Whybark was also sentenced in relation to another case in which it was charged that he committed burglary in the second degree on or about June 9, 2019 in the vicinity of 2600 Calle Marco Drive. He pleaded guilty to burglary in the second degree and misconduct involving weapons. Whybark was sentenced to 78 months in prison for the burglary count, and 54 months for the misconduct involving weapons charge.

Whybark apologized to the family of the deceased, saying that if he could take back what happened, he would.

“I’m really sorry. I mean that from my heart,” he said.

Whybark’s attorney, Chris Donis, spoke to the court about his client’s rough upbringing and his remorse, and noted that the incident occurred at night on a dark road and that the victim was wearing dark clothing. He contended that Whybark was not responsible for the woman’s death, but was being charged for what occurred after the incident. He believed 12 years in prison would have been appropriate.

Prosecutor Bob Moon said that remorse was “clearly not evident,” in speaking to the defendant’s actions.

“It’s clear that his first reaction upon realizing the extent of what he had done in the hit-and-run case was to go into CYA mode: Get out of there, get help, hide the vehicle in a wash somewhere,” the prosecutor said.