Prep Basketball: Lady Vols lose a tough one to Dysart 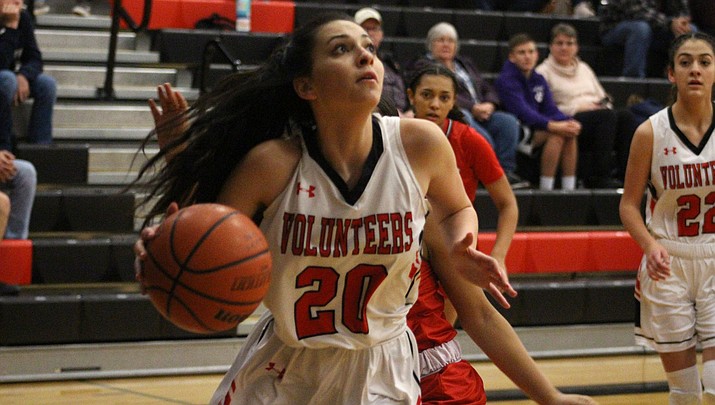 KINGMAN – A one-point loss is never an easy pill to swallow, especially when a squad looks to be in control late in the fourth quarter. The Lee Williams High School girls basketball team experienced that misfortune Tuesday in a 42-41 loss at home to Dysart.

The Lady Vols were in a good spot with 1:07 left as LaNae Burgess scored to give her squad a 41-36 lead. However, Lee Williams' offense went cold and Dysart responded with a 6-0 run, including the game-winning points from the free-throw line.

The timing of the foul call couldn’t have been worse, as it sent the Lady Demons to the charity stripe with six seconds left. Dysart’s Talia Dial sank both of her shots and Lee Williams couldn’t attempt a shot in time.

“We missed free throws at the end that could have kept us ahead and iced the game,” Arave said. “It’s the same old story with us. We have to make layups and free throws. The girls play defense, they play their hearts out. But it doesn’t mean anything if you can’t make a shot. Layups are the easiest shot in the game, and a free throw is the second easiest.”

However, it wasn’t just a 17-of-32 mark from the charity stripe that hurt. The Lady Vols also had a three-point second quarter, while Dysart put up 16 to turn a 9-3 deficit at the end of the first into a 19-12 advantage at halftime.

“We missed three layups in that quarter,” Arave said of the second. “That’s six points. That’s a tie game at halftime instead of being down six.”

That deficit increased to 30-23 with 6:21 to play, but Lee Williams found a hot streak to take a 33-30 advantage with 3:52 remaining. But the Lady Demons wouldn’t go away, as they tied it at 35-35 with 2:42 to play and kept within striking distance to notch the victory.

Hayle Davis led the Lady Vols with 12 points, followed by Liberty Cronk with 10 and Lia Lucero with eight.