2 arrested in connection with Kingman homicide 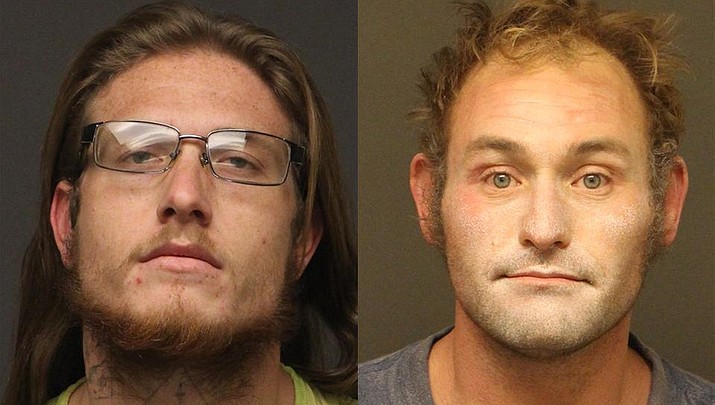 KINGMAN – Two Kingmanites have been charged with second-degree murder.

Benjamin Clark Dann, 24, and Alfred Martin Talavera, 33, both of Kingman, were arrested by the Mohave County Sheriff’s Office in relation to the Jan. 14, 2018 discovery of the body of 37-year-old Kingman resident Kirklin Marcus Roach near the Kingman Airport.

On Tuesday, Jan. 7, Dann was arrested for unrelated probation violation warrants by Mohave County Probation, the U.S. Marshal’s Fugitive Task Force and the Kingman Police Department. Dann and Talavera were suspects in the ongoing homicide investigation of Roach.

Dann was interviewed at the Mohave County Adult Detention Facility, and detectives contacted Talavera at a residence in the 2000 block of Devlin Avenue.

After the interviews the pair were arrested on suspicion of second-degree murder.