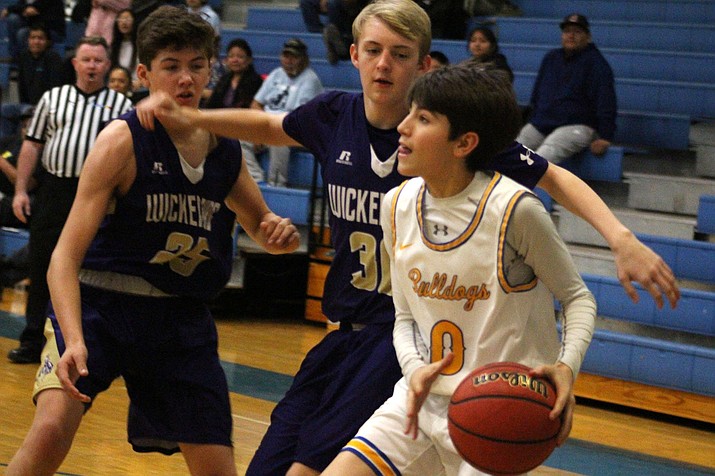 KINGMAN – There’s no guarantee that a squad’s second unit will score points off the bench. Sometimes they just provide the starters a quick breather, but other times they can provide a much-needed spark.

The Kingman High School boys basketball team now knows it can lean on its bench players as they were instrumental Thursday in a 72-43 win over Wickenburg at KHS.

“I couldn’t be more pleased with the bench,” said Bulldogs head coach Nick Juby. “Anytime you can roll in some bench guys and get that kind of production – we had 23 bench points. That’s huge and it allows me to give guys a break and rest.”

Garrett Stryker led the trio of role players with 14 points, followed by Christian Clever with seven and David Lopez with two. Jacob Martel was the leading scorer, finishing with a game-high 16 points, while Jason Reitz chipped in 14 and Rider Havatone added 10.

“Defensively, we all worked together and worked as a team,” Reitz said. “Good defense rewards good offense, and I think that really helped us start to pull away.”

Early on it didn’t appear Kingman was going to pull away. The Bulldogs fell behind 13-11 after the first quarter, but turned up the intensity in the second to outscore Wickenburg 23-9 and take a double-digit halftime lead. 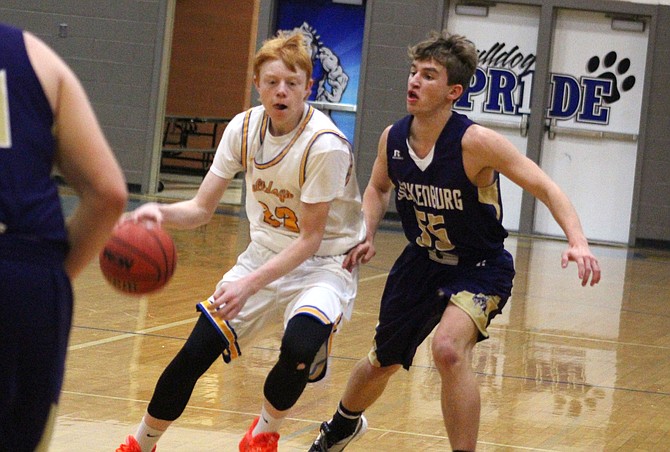 Kingman held the Wranglers to just eight points in the fourth, but the lead was 30-points plus, which resulted in a running clock for most of the quarter.

And the Bulldogs had a strong third to thank for that, as they tallied 26 points, highlighted by a 9-0 run that kept Wickenburg scoreless for a little over three minutes.

“Those second and third quarters were a couple of the best quarters we’ve played in a long time,” Juby said. “We’d lost four in a row and it felt good to get a win. It kind of gets this ball rolling because we have a big one on Tuesday with Chino Valley. They’re No. 10 in 3A right now; they’re rolling.”

Kingman has a few days to savor its first region win of the season and Stryker will be the first to say how special this one was for the squad.

“For me, I’d rank this the No. 1 win,” he said. “And for the whole team, probably No. 1, too. This is a great momentum-builder, so we can get the next few wins and maybe get into the playoffs.”

“These 10 region games are key,” Juby said. “As long as we finish in the top two in the region, that’s all that matters. The team has bought into the fact that these are the most important games and we’re not overlooking anyone.”