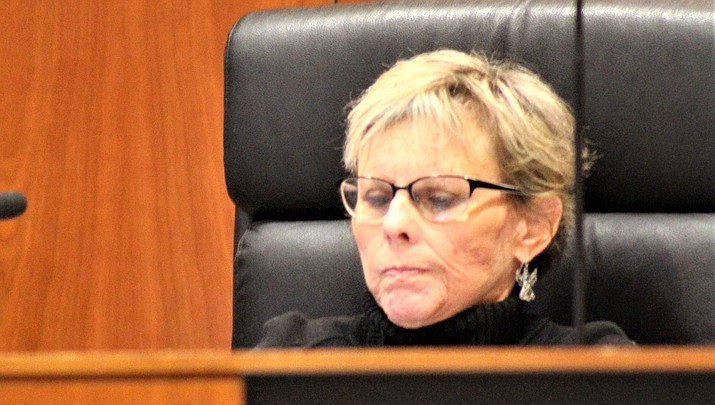 KINGMAN – Mohave County Supervisor District 2 Hildy Angius was invited to attend the Yavapai County Board of Supervisors meeting on Jan. 2 by the board Chairman Craig Brown.

She went to Prescott – she reported about the trip at the Mohave County Board of Supervisors meeting on Jan. 6 – under the impression that they were going to pass a resolution to become a Second Amendment Sanctuary County like Mohave County did.

Mohave County declared itself Arizona’s first Second Amendment Sanctuary County in November 2019, with the board of supervisors hoping to provide a regional example to follow.

“When I got there,” Angius narrated, “I was informed that the board had instead opted for a proclamation of support for the Second Amendment. No ‘sanctuary county’ designation, nor statement of withholding funds to enforce any laws that infringe on our constitutional right to keep and bear arms.”

When Angius arrived at her destination an hour before the meeting, she saw a line around the building.

“Over 500 patriots showed up to ask their elected official to follow the Mohave County resolution,” she said, congratulating them on leaving their houses in freezing weather and speaking for three hours.

In the end the issue was tabled, and the plan is that the Yavapai County Board of Supervisors will come back with stronger wording.

During her Prescott visit, Angius spoke with the Yavapai County Sheriff’s Office and Penny Pew, who represents U.S. Rep. Paul Gosar (R-Prescott), and discussed the importance of the issue.