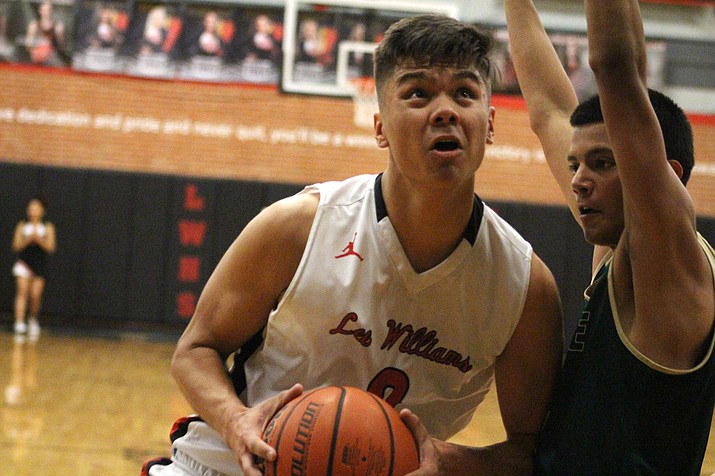 KINGMAN – The Lee Williams High School boys basketball team knows this is the make-or-break point of the season. A loss could ruin any shot at a region title, but the Vols made sure that didn’t happen Tuesday by leaning on their defense in a 49-36 win over Mohave at LWHS.

“Offensively we were doing alright and making a lot of shots, but defensively we really stepped it up in the second half,” said Lee Williams senior Kade Juelfs. “We switched it up and played a zone. That really was effective.”

The Vols held a slim four-point lead after the opening quarter, but held Mohave to just six points in the second and nine in the third to take a commanding 41-26 advantage they never surrendered.

However, Lee Williams head coach Cain Atkinson knows his squad must continue to improve if it wants to defend its 4A Grand Canyon Region title.

“I’m fairly happy with where we are at,” Atkinson said. “I think we’ve had some games that really made us take a look at ourselves in the mirror and reflect on the type of team we want to become. 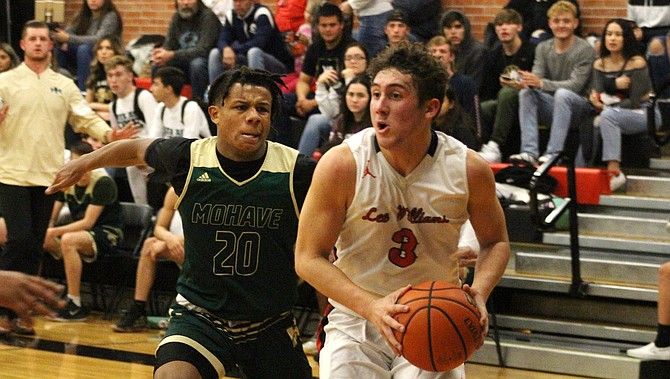 “We will never be successful if these young men don’t play the right way and do the right things on and off the court,” the coach continued. “If they continue to learn and understand the things that I am asking of them, I think we can have a great end to the season.”

And the Vols moved in that direction against Mohave, as eight different athletes tallied at least two points. Juelfs scored a game-high 18 points, while Jayden Hooper and Marcell Thompson finished with eight each and Tony Luna chipped in five.

“It’s always nice to see the guys score in general,” Atkinson said. “I wish it happened a little more often. Seems like we always have great looks, but just can’t convert.”

That only happened in the fourth quarter against the T-birds as a number of Lee Williams reserves saw action. But it was too little, too late for Mohave as the Vols picked up the win.

“We’re 4-1 right now in region,” Juelfs said. “That’s huge, especially getting a good win like this going into Friday against Mingus. We hopefully look to be 5-1. That would be nice.”