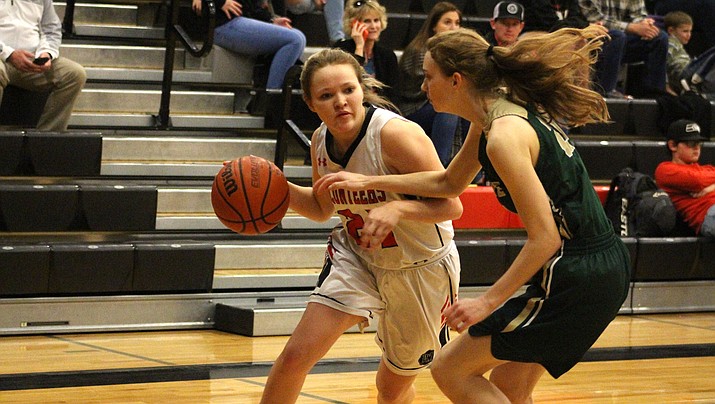 KINGMAN – Not all squads are made for crunch time. Some stay calm and collected, while others fold under pressure.

The Lee Williams High School girls basketball team showed it can handle any adversity thrown its way Tuesday in a 35-27 win over Mohave at LWHS.

“Our kids were composed and Mohave kind of lost it at the end,” said Lady Vols head coach Jerry Arave. “I always tell the girls, ‘We can play with anybody. We just have to do the little things.’ And today we did a lot better from the free-throw line than we have. We went 7-for-12 in the fourth quarter, which is above 50%. So I’m happy. That’s not what I want to be at, but I’m happy with that.”

Lee Williams’ success at the charity stripe was combined with solid defense that held the Lady T-birds scoreless for the final 4:24 of the game. That was especially critical as the game was knotted 27-27 before the Lady Vols rattled off eight unanswered points for their first region victory.

It also helped that Mohave lost two of its guards late in the game due to foul trouble, but that didn’t take anything away from a solid defensive performance. 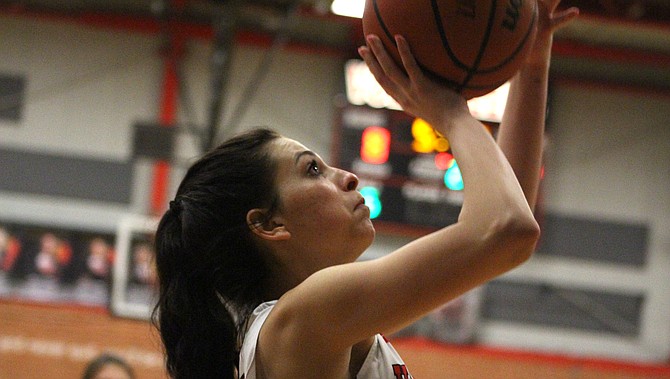 And the success on defense carried over to the other side of the floor as Lee Williams had six different athletes tally at least one point.

Lady Vols senior Hayle Davis led the way with 13 points, followed by Becca Arave and Liberty Cronk with six each and Lia Lucero with five.

However, Lee Williams did struggle with turnovers and coach Arave knows it’s an area for improvement.

“When we turn the ball over, it’s not because of steals, it’s because we travel,” he said. “Our turnovers are unforced errors, which we have to clean up. But we take it one game at a time.”

And this win keeps the Lady Vols in the mix for a playoff spot.

“I’m hoping this gives the girls some momentum,” Arave said. “We beat Mingus and that’ll give us two in a row. Then we have another hard week next week. Our next three games are all on the road.”