Prep Basketball: Lady Bulldogs use strong 1st half to get past Lady Tigers 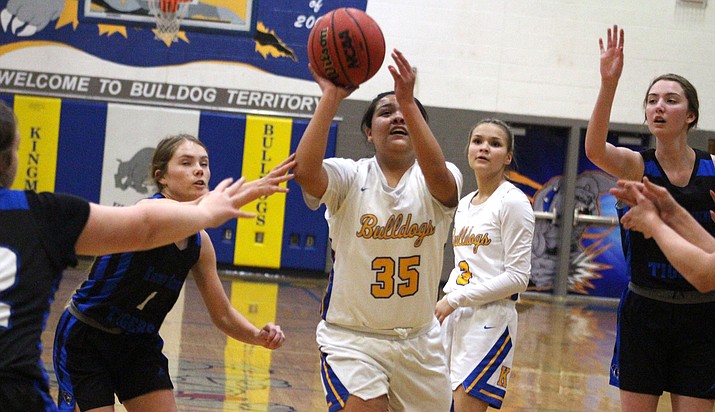 KINGMAN – No lead is safe in a crosstown rivalry game as a squad can find a second-half surge and inch within striking distance. The Kingman High School girls basketball team knows that firsthand after holding off Kingman Academy for a 48-36 victory Thursday at KHS.

“It was an all-around team win and that’s what we have to do it,” said Lady Bulldogs head coach Kevin Hubbard. “We don’t have the ability to just rely on one person on this team. We have to be a team. I think we’re finally starting to click and it’s really rolling for us.”

Kingman started the game firing on all cylinders and it showed on the scoreboard for a 28-12 halftime advantage. However, the Lady Tigers came out energized in the third quarter and used an 11-0 run to inch within five points at the 2:08 mark.

That was as close as Academy would get, as the Lady Bulldogs scored the next 10 points to put the game on ice.

“We couldn’t throw it in the ocean in the first half,” said Lady Tigers head coach Marty Edwards. “In the second half, we came out and shot much better and closed it up. But we ran out of steam. It was just too much to come back from; 16-point deficits are tough in high school.”

Kingman, on the other hand, didn’t have any issues finding the basket as seven different Lady Bulldogs scored, led by Star Talayumpteua’s game-high 13 points. Shauntel Crozier added 11, while Kassidy Strawbuck and Sienna Silas finished with six each.

Perhaps more impressive was that five of Kingman’s seven scorers tallied points in both halves, which was what Hubbard knew needed to happen. 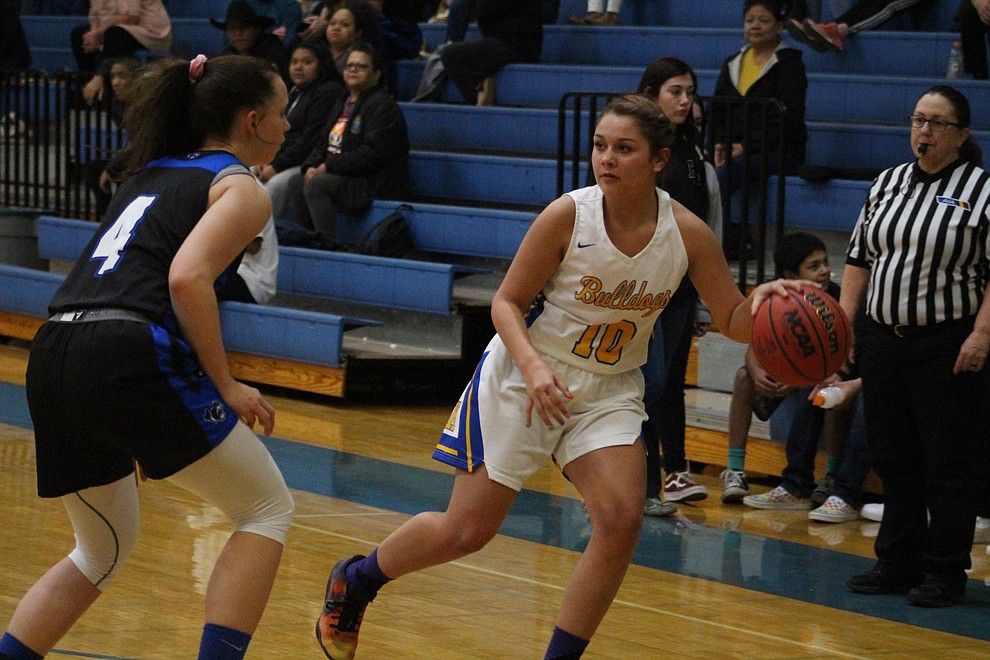 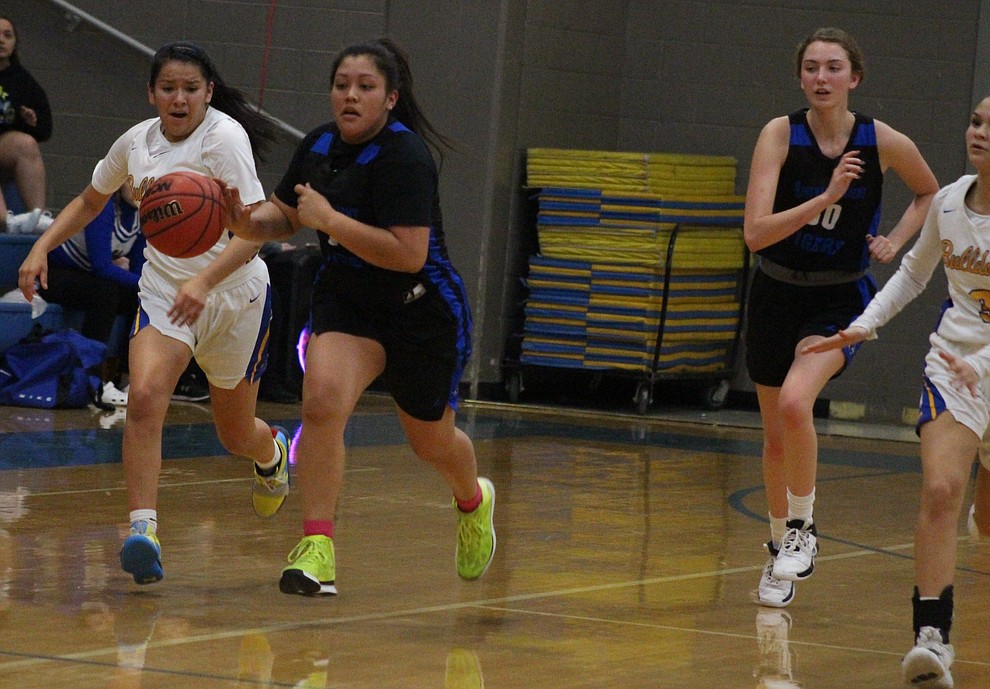 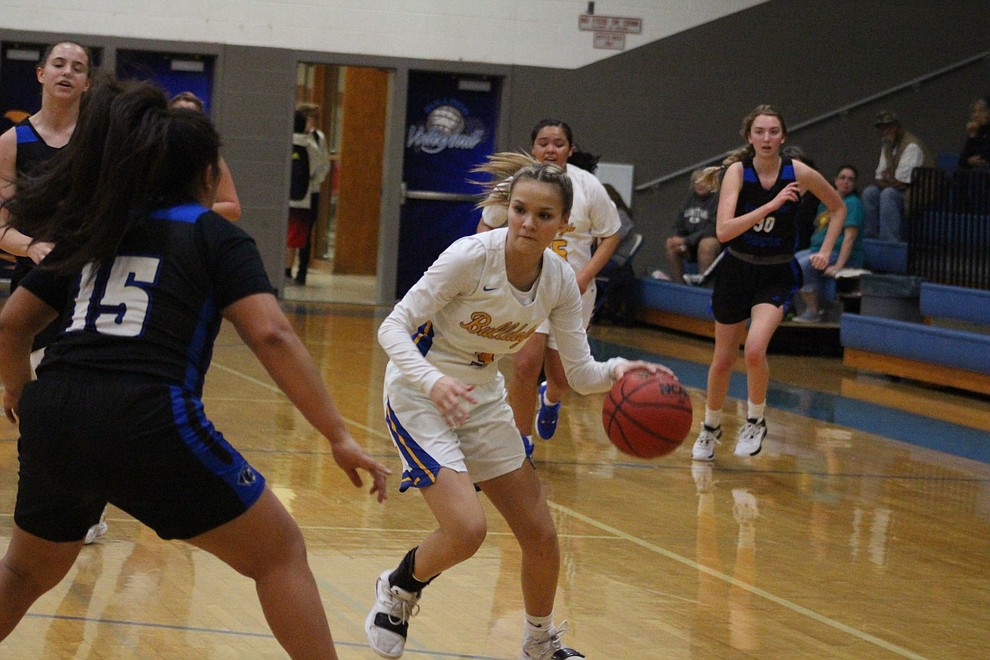 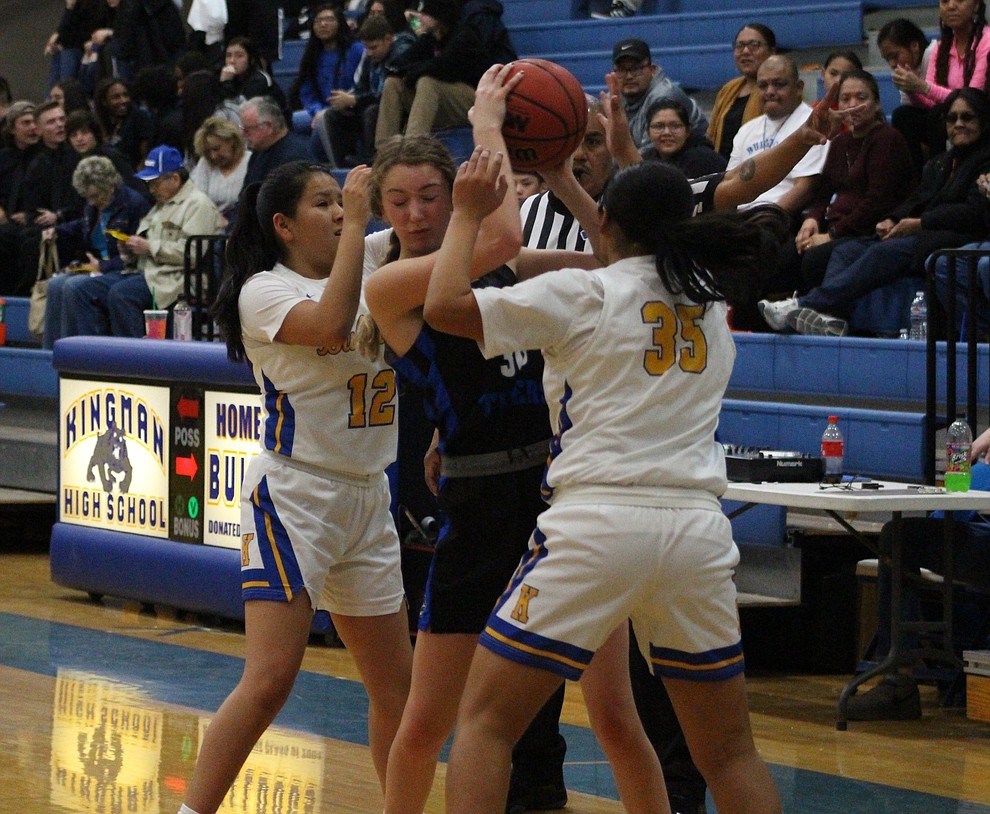 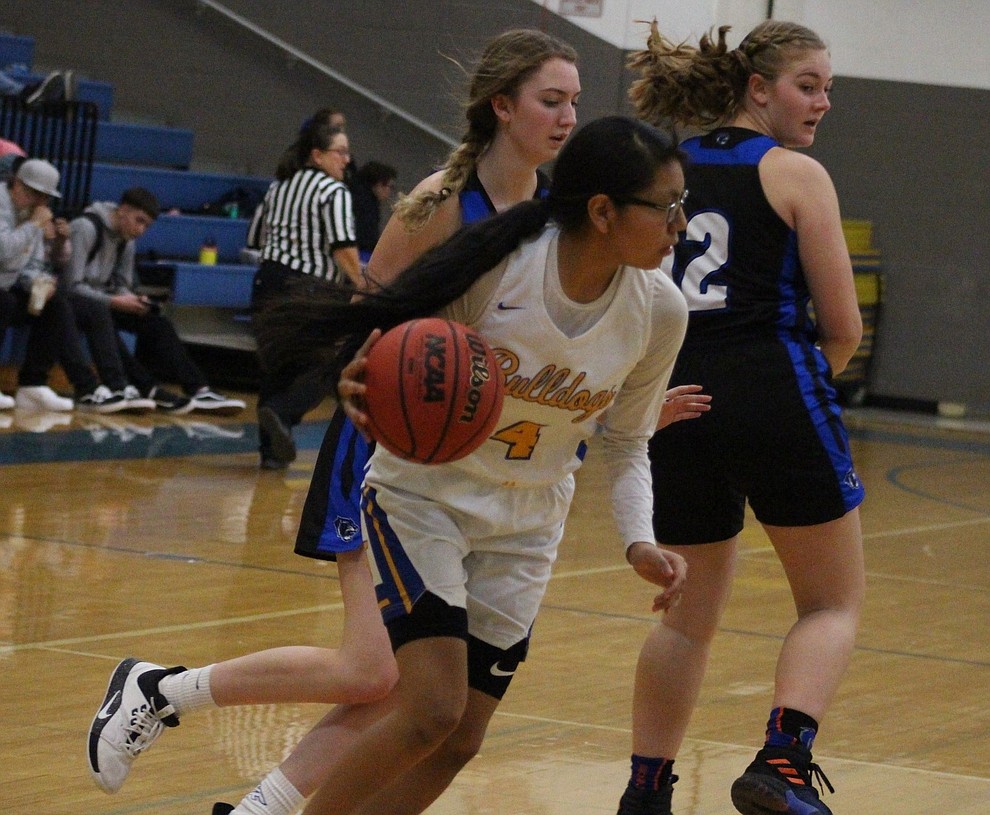 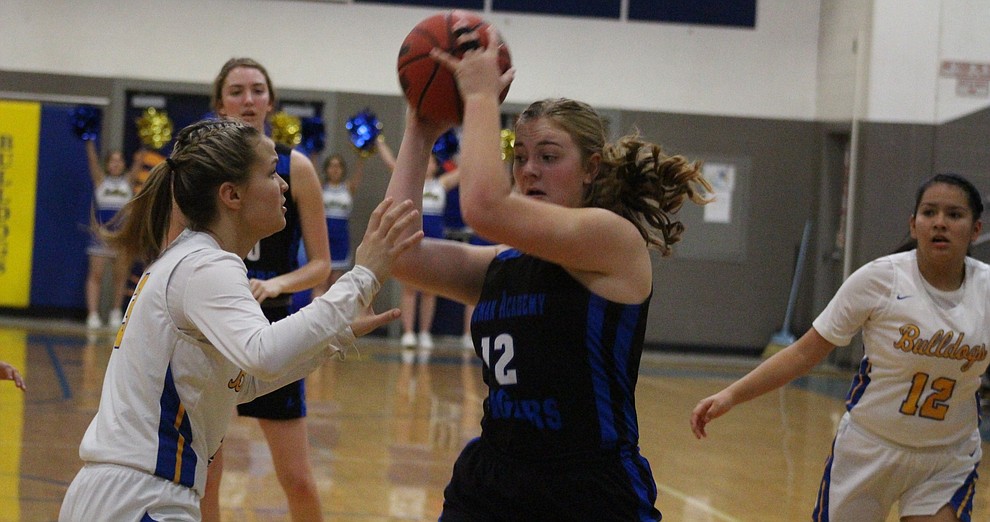 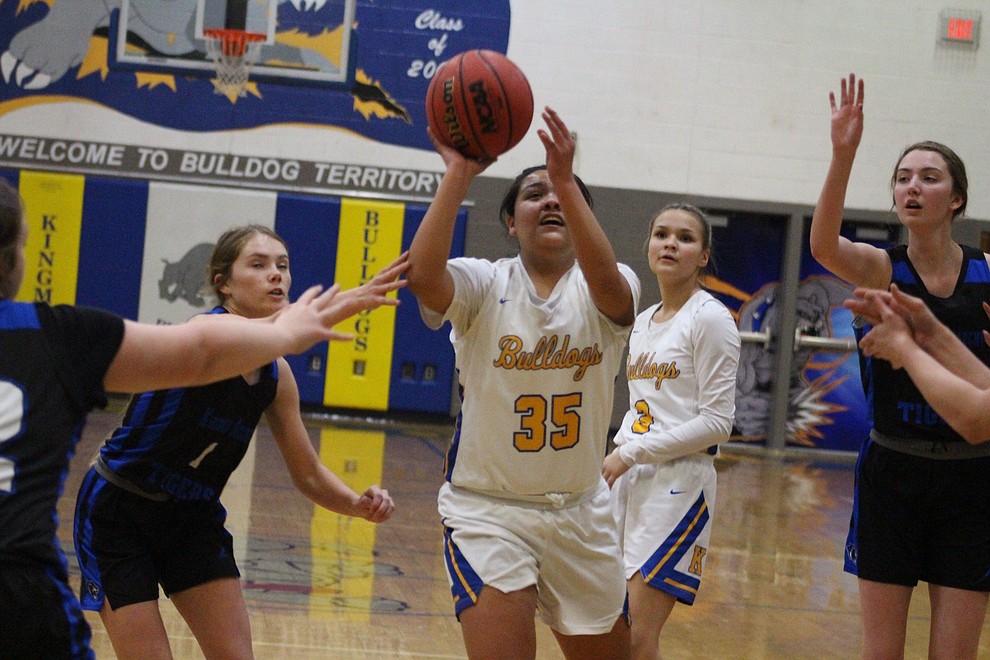 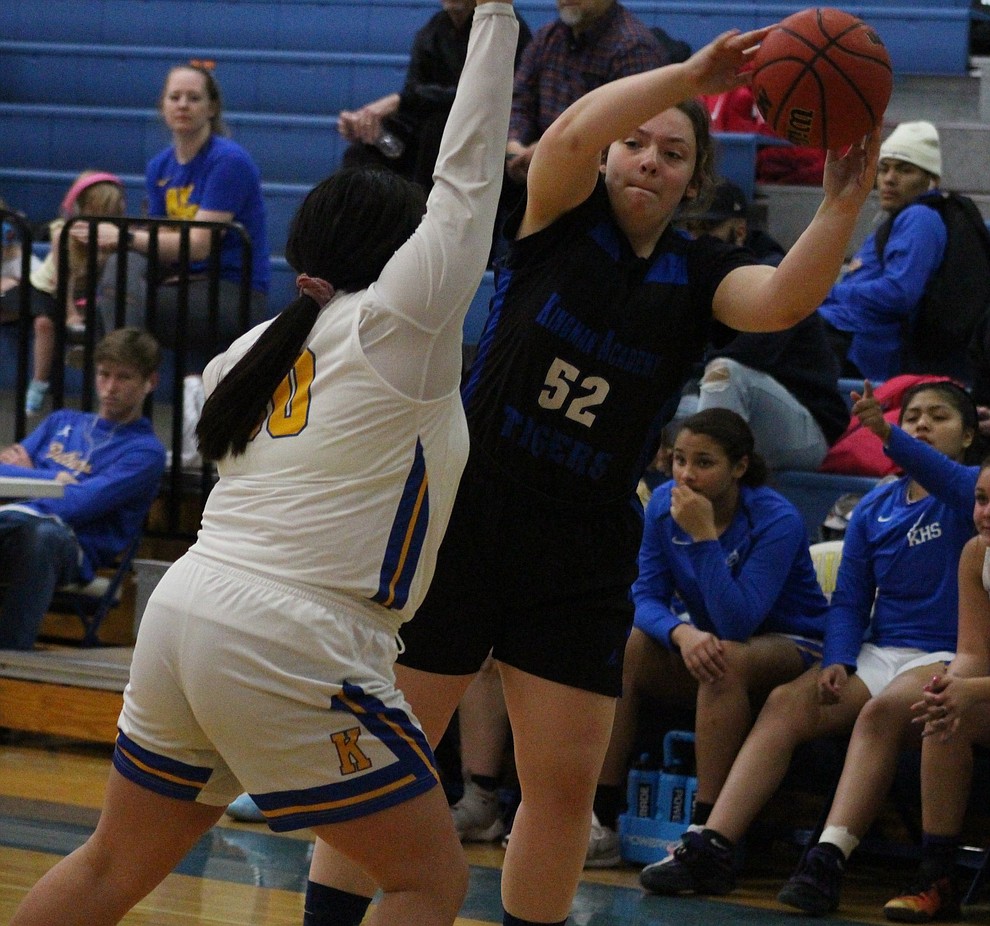 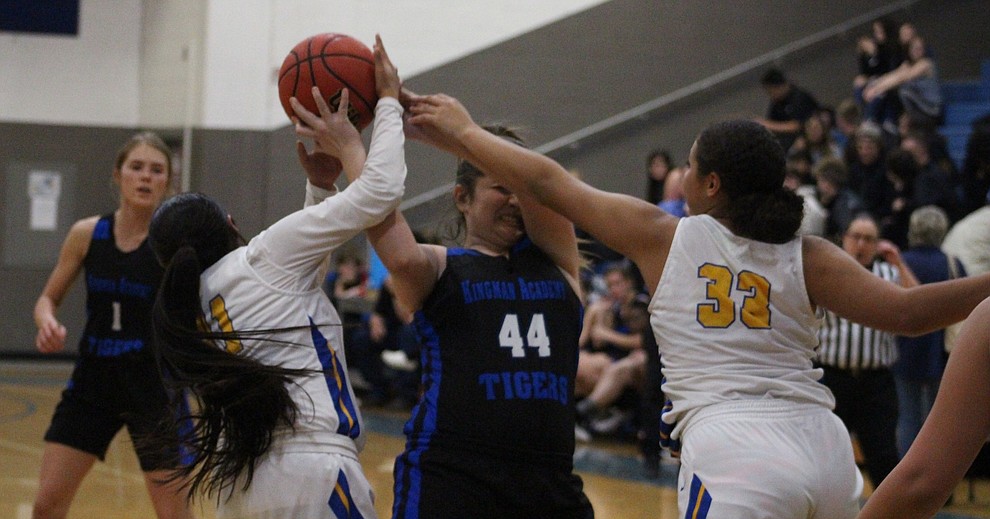 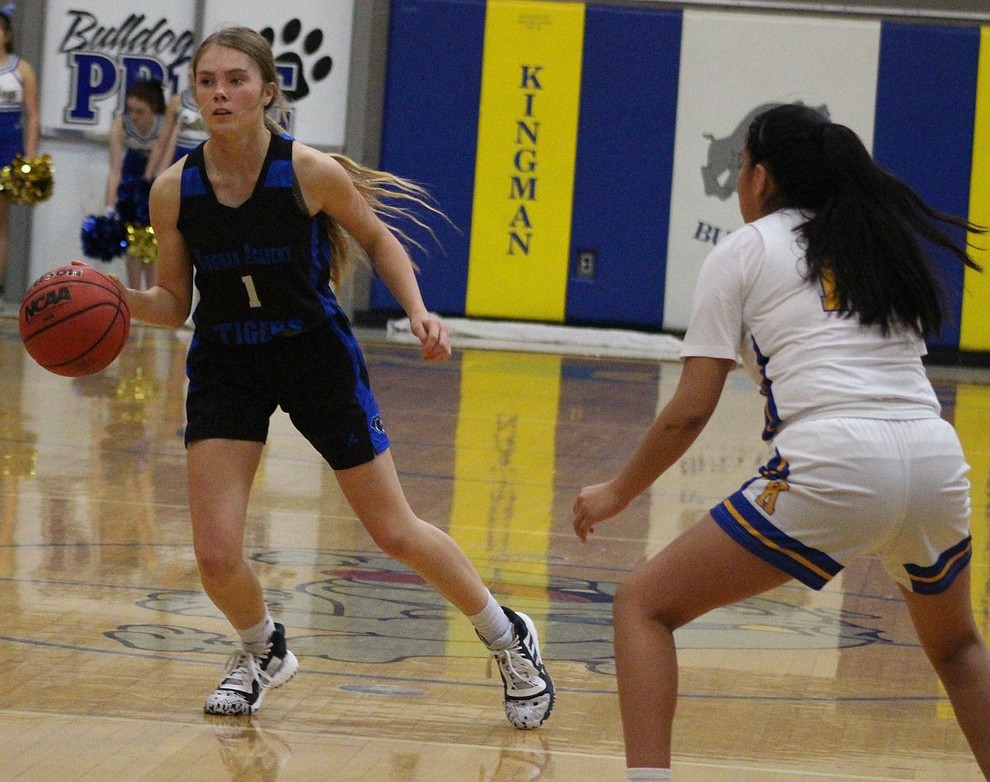 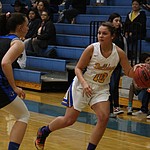 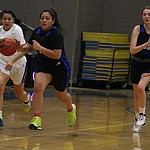 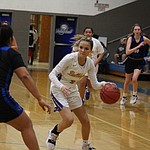 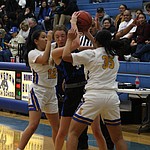 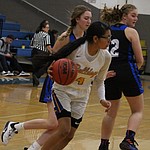 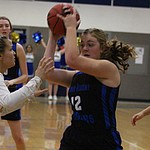 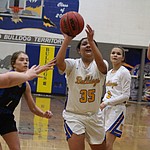 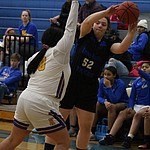 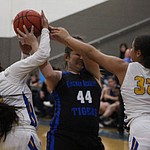 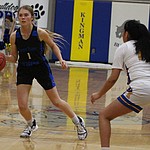 “I told the girls at halftime that Academy was going to come out and give us their best punch because you kind of get shell-shocked in the first half,” he said. “I knew they’d come out and hit some shots. They have some really good players. Faith Edwards hit a few really good shots. Emily McCracken got a few of her looks to go. But I’m proud of the way we buckled in, settled down and defensively took control.”

McCracken led the Lady Tigers with 11 points, highlighted by nine from the charity stripe, while Faith Edwards and Lynsey Day each tallied eight.

“Emily is making up for the misses, but she’s getting hammered every time she shoots,” coach Edwards said. “She is in there with girls that are taller than her every game. She’s shooting against giants and it’s tough. But she goes to the line and makes them.”

Kingman won’t be home until Tuesday, Feb. 4, but Hubbard knows opponents shouldn’t overlook the Lady Bulldogs the rest of the way.

“Academy came in ahead of us in the rankings and the standings, so they were kind of the big dog,” he said. “I told the girls we had no pressure. We can play as the underdogs the rest of the year. People don’t see us as winners right now because of how things have gone, but I’ll bet you we’ll start winning some basketball games. And the rest of the year, we’ll defend home court.”