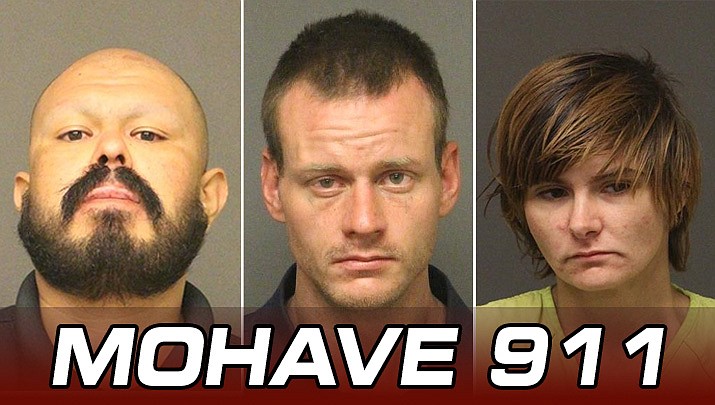 The Mohave County Sheriff’s Office made the following arrests for the week ending Jan. 17: 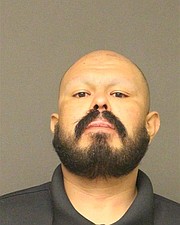 At approximately 11:22 a.m., deputies responded to an agency assist call for a structure fire. Witnesses advised deputies of seeing a Hispanic male with facial hair in the yard before first responders arrived. Deputies contacted the homeowner, who advised Martinez rents the home and the homeowner was unable to make contact with him.

Video surveillance from a neighboring residence allegedly showed Martinez on the property as smoke started coming from the home. Law enforcement said a few moments later, the video showed a neighbor enter the property and make contact with Martinez. The neighbor then attempts to extinguish the fire. As deputies arrived on scene, Martinez is reportedly seen entering the garage, then fleeing on foot.

A few hours later, deputies responded to Bank Street and Thompson Avenue to a report of a man “swinging a large pipe at cars.” Deputies say the subject, identified as Martinez, was sitting with two large metal pipes on the ground near his hands.

According to law enforcement, Martinez told deputies he had ingested methamphetamine and that he had lived in the home. When asked about the fire, Martinez reportedly admitted to starting it.

Deputies reported that as they moved closer to Martinez, he began to reach for the pipes. Deputies were able to reach him and step on the pipes in an attempt to keep them on the ground. Deputies grabbed Martinez’s wrists to gain compliance, and he allegedly became combative. A struggle ensued and Martinez was placed in restraints.

Martinez began spitting at deputies and was placed inside a patrol vehicle, where he allegedly began kicking the door. A search revealed drug paraphernalia in his pocket, according to the sheriff’s office.

He was arrested on suspicion of arson of a structure, aggravated assault on an officer, resisting arrest and drug paraphernalia possession, all felonies. He was booked into the Mohave County Adult Detention Facility. 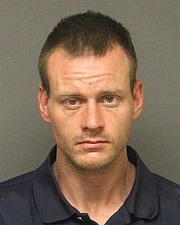 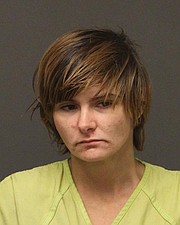 Deputies received information that a male subject, identified as Hoyt, had been driving a stolen truck and was in possession of a stolen motorhome. At approximately 2 a.m., deputies reportedly observed the stolen motorhome and truck at a property in the 5400 block of Yavapai Drive in Topock. A search warrant was obtained for the property.

At approximately 6:30 a.m., detectives arrived and executed the search warrant of the property, where six individuals were detained. Among those detained were Hoyt and Knier, who had been allegedly living inside the stolen motorhome. After interviews were conducted, the sheriff’s office says it was revealed that Hoyt had been driving the stolen truck. During the execution of the search warrant, Animal Control Officers were called to the scene to assist with several aggressive dogs.