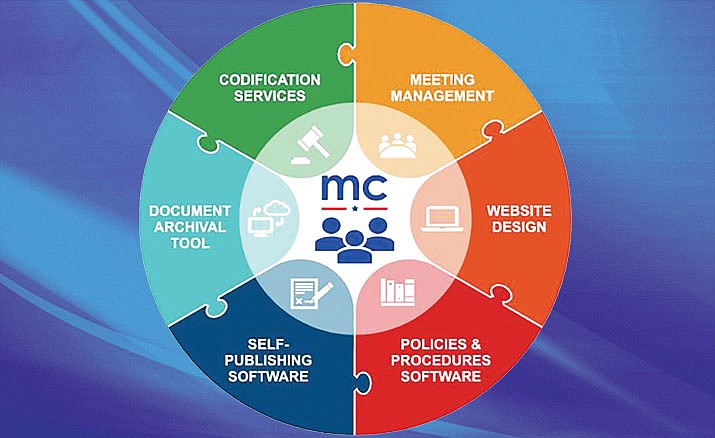 Mohave County Board of Supervisors will hold a public hearing regarding rescinding the June 2016 ordinance which enacted Municode’s work product as the county’s official Code of Ordinances. (Courtesy image)

KINGMAN – After six troubled years, Mohave County is saying goodbye to Municode, a computer-based search engine that promised easy access to thousands of county ordinances – researched, edited, indexed and published both in books and online.

Mohave County Board of Supervisors will hold a public hearing regarding rescinding the June 2016 ordinance which enacted Municode’s work product as the county’s official Code of Ordinances.

Following a presentation on an ordinance system developed in-house, the supervisors directed staff to move forward – or rather backward – with the implementation of the in-house product, the original depository of ordinances before 2016.

Municode was first proposed in 2013 as the solution to a problem. Ordinances were found to be difficult to search; inadequately arranged and classified; and difficult to access even for supervisors. They also were not being reviewed and updated to reflect legislative changes.

Codifying the ordinances with the help of Municode was expected to remove outdated and duplicated ordinances, make them more convenient for residents to access, and demonstrate the board’s commitment to transparency.

Additionally, the search engine was expected to give supervisors the ability to propose new laws without duplicating existing ones, and to review ordinances from different time periods that may be redundant.

The process of transferring to Municode took a year, with an initial base fee of $25,950 to set up the system. After that, the county paid $1,395 per year for online maintenance of the code on the company’s website, and $22 per page to add ordinances to the hardbound books.

But what seems to work for about 20 other cities and counties in Arizona, does not work for Mohave County.

But the issues that prompted the county to bring Municode aboard may still exist. Are there other ways to clean up the ordinances and keep them user-friendly?

The issue will be discussed further during the next Mohave County Board of Supervisors meeting at 9:30 a.m. on Tuesday, Jan. 21 at the Bullhead City Municipal Building, 1255 Marina Blvd. in Bullhead City.

Mohave County hires firm to clean up ordinances
Municode to be introduced to supervisors
Citizens don’t have proper access to county’s ordinances
Angius: Mohave County now capable of managing ordinances on its own
Mohave County Supervisors set to approve over $1M in vehicle purchases