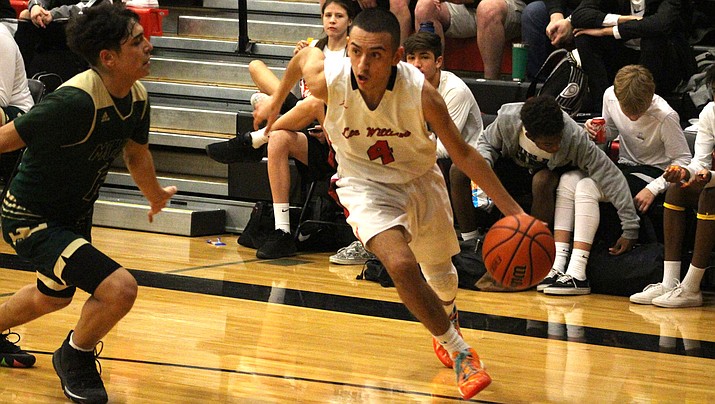 The No. 15 Vols knocked off the Marauders 63-39 on the road to win their third straight game and sixth of their last seven.

“We played a couple good quarters, just had too many turnovers and just let their shooters get away from us when we came out from halftime and they just got hot,” said Marauders head coach Albert Rodriguez.

Lee Williams led by eight at the half and expanded that lead to double digits in the third quarter and then up to 20 points during a stretch in the first three minutes of the period. They made seven 3-pointers, including three in a row during the third quarter. 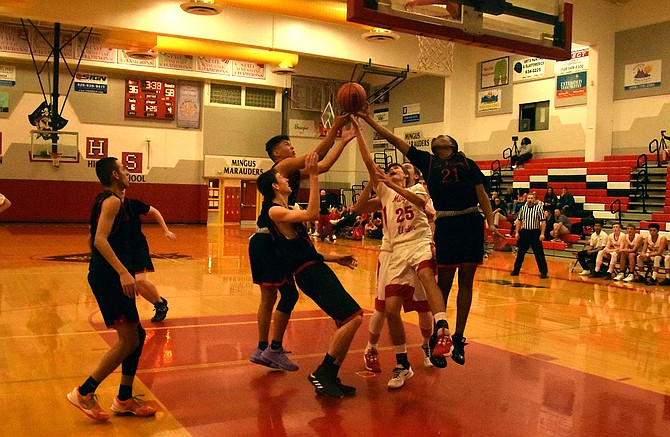 A group of Vols go for a rebound Friday during their 63-39 win at Mingus Union. Lee Williams has won three in a row and six of its last seven games. (Photo by James Kelley/For the Miner

The Vols led 46-29 after three quarters.

“We always have good flashes of things,” Albert Rodriguez said. “We’re just trying to get a little more consistency out of all the pieces. We definitely believe in ourselves but we have to just have a better focus and play a complete game, not just bits and pieces.”

Lee Williams isn’t back home until 7 p.m. Tuesday, Jan. 28 against No. 19 Bradshaw Mountain. The Vols look to hold on to their top-16 ranking and a home postseason game.

“They’re huge, we always tell these guys that we’re just one game at a time,” Atkinson said. “We never want to overlook an opponent but we know that this next week against the two Flagstaff schools is a really important part of our season and we’re really looking forward to it.”