Prep Roundup: Vols come up short in loss to No. 5 Flagstaff 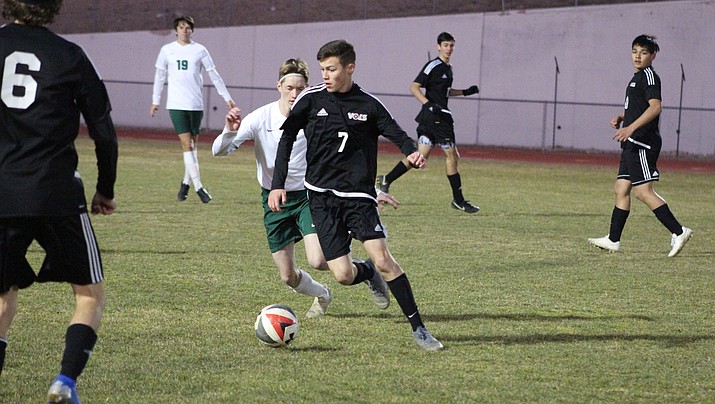 KINGMAN – Any squad would want to be at full strength when the No. 5 ranked team in the 4A Conference comes to town for an important region opener.

The Lee Williams High School boys soccer team didn’t have that luxury Friday, but still put up a valiant effort in a 5-1 setback to the Eagles at LWHS.

“Flagstaff is a great team and they have a large group of kids to pull from,” said Vols head coach Mike Bertelsbeck. “They’re fortunate to grab a lot of good talent and it shows out here on the field. (But) I think that’s the best soccer our guys have played all season. We’re banged up. We have guys that are injured and we’ve lost some other guys to dropping out and stuff like that. So I’m super proud of the way the guys played tonight.”

Lee Williams scored its only goal with 13:14 remaining in the second half on Gabriel Otero’s penalty kick. It brought the Vols within 4-1 before Flagstaff tacked on an insurance goal in the final two minutes.

“We knew coming into tonight that Flagstaff was going to be one of our tougher opponents of the year,” Bertelsbeck said. “We’re very hopeful for what’s to come. We still have five games left and they’re all region games. It’ll ultimately decided whether or not we meet our goals for the year.”

At Flagstaff, the Lady Vols were dealt their first loss of the season Friday in a 5-1 decision against the fourth-ranked Lady Eagles (6-1, 1-0 4A Grand Canyon Region).