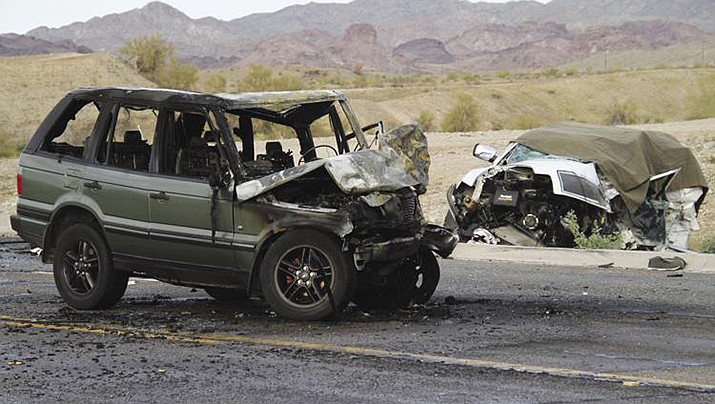 A woman and a child were killed Sunday afternoon, Jan. 19, 2020, in a two-vehicle crash on State Route 95. The highway was closed until nearly 9 p.m. as crash investigators worked the scene of the accident between North Palo Verde Boulevard and Lake Drive.

According to Lake Havasu City police, a green Range Rover was headed south on the highway when it veered left of center, colliding with a white Infinity.

Identities of the victims have not been made available by police.