Column | Score one for Arizona hunters 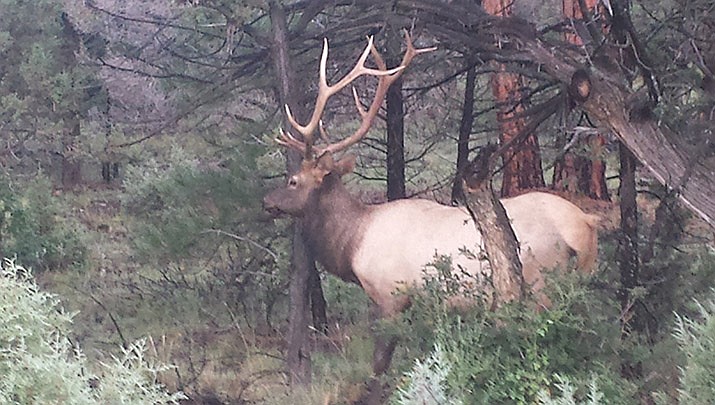 Apparently, after receiving a lot of “input” from sportsmen around the state, and even a few fellow legislators, Rep. Robert Thorpe (R-Flagstaff) has decided to pull the two House bills that he had submitted recently.

The bills, one dealing with the use of trail cameras and the other with the use of blinds, were in my opinion very poor legislation that would have severely impacted sportsmen all over the state.

Last Wednesday I had written a story that ran on the Miner’s Opinion Page about the two bills and asked sportsmen to call or email not only Thorpe, but our local representatives as well.

I received a reply from Rep. Cobb who stated: “Mr. Thorpe has not contacted myself or game and fish to realize the unintended consequences of his bill. I have a meeting set up to address the issues.”

On Thursday, Jan. 16, a news release from the Arizona House of Representative stated: “Representative Bob Thorpe (R-6) today announced that he will not be running HB2130 (G&F: trail cameras: use: limits) and HB2131 (G&F: unlawful activities: penalty).

According to Thorpe, after conferring with the Arizona Game and Fish Department, he determined it would be much better for AZGFD to address these issues through their rule-making and public engagement process, than for the legislature to enact in state law.”

So for now those bills are done.

In conferring with an official from the AZGFD, it was determined that prior to the bills being introduced, the department had not been contacted for input.

But obviously there had to be some impetus for Thorpe to introduce these horribly written bills.

So who was behind the “bending the ear” of Representative Thorpe to introduce this legislation?

Then it dawned on me. I knew I had read almost the same things about restrictions on trail cameras, blinds, and not being able to hunt near water not very long ago.

And so with a little checking I realized that what was being proposed was very, very close to the current rules on the Boquillas Ranch; the huge 750,000-acre ranch in northern Arizona that is owned by the Navajo Nation, but managed by the Cholla Land and Cattle Company.

Some insiders have suggested that Thorpe is interested in seeking a position on the Coconino Board of Supervisors.

To be able to get that position, it will take a lot of support from some powerful people and organizations.

So one just needs to start looking around at which group or individuals in northern Arizona could provide a lot of influence and support.

I suggest you look at the comments on social media to see who is stating that we as sportsmen should not be so hard on Representative Thorpe.

Then it might just shed some light on who or what group or groups might have been the “drivers” for this legislation.

In the end notch this as a win for sportsmen. We won this time. But rest assured there will be other attempts in the future to limit or take away the privileges we now have as hunters and sportsmen.

This legislation was not proposed for biological reasons. It was for political reasons, pure and simple.