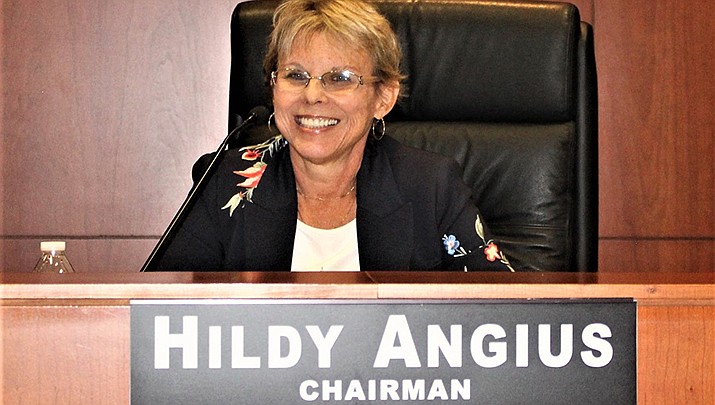 KINGMAN – Delivering her report to the Mohave County Board of Supervisors at the Jan. 21 meeting in Bullhead City, Supervisor Hildy Angius of District 2 expressed her concern over the future of the Second Amendemend Sanctuary movement she started in Mohave County.

Arizona Gov. Doug Ducey is calling for the legislature to put a sanctuary city issue on the November ballot, allowing citizens to decide if there should be “sanctuary cities” in Arizona at all.

This comes after Tucson, the state’s second-largest city, overwhelmingly rejected a 2018 ballot proposal to become an immigrant-welcoming “sanctuary city,” with more restrictions on how and when police can enforce immigration laws.

While Ducey’s proposal is likely aimed at the immigration issue, it could overturn the Board of Supervisors’ declaration of Mohave County as a Second Amendment Sanctuary County. That resolution, approved in November, 2019, says local officials won’t authorize county spending or other resources for “enforcing laws that unconstitutionally infringe on the people’s right to keep and bear arms.”

“I will be honest with you,” Angius said. ‘I’m nervous about our ‘Second Amendemend Sanctuary’ movement. I asked (Ducey) to clarify if he means only ‘immigration’ or all sanctuary cities.”

Ducey appealed to Arizonans to say no to “sanctuary cities” and obey the rule of law during his State of the State address last week.

Angius promised to watch closely for further developments on the subject.

In the meantime, she announced that Bullhead City Council is expected to vote on Tuesday, Jan. 21 about becoming a “Second Amendment Sanctuary City.” Bullhead’s resolution is based on Mohave County’s.

At the time the Mohave County resolution was approved, Angius said the resolution doesn’t change anything, but sends a signal that if the U.S. Congress or the state wants to take Arizonans’ guns away, “they are up for a big fight.”