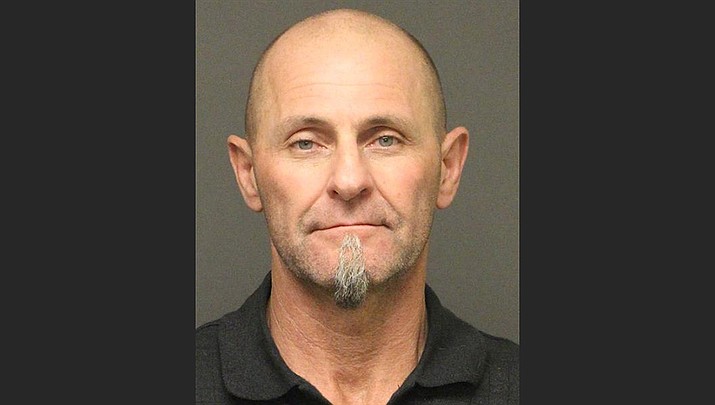 On Jan. 12, deputies responded to an alarm activation at a residence in the 1000 block of Dike Road, where they were made aware of a 65-inch TV that had been stolen from the house. Video surveillance from the residence was obtained and reportedly showed a male subject enter the residence and leave with the TV.

A black pickup truck is seen entering a neighboring property and the male subject is seen wearing a black sweatshirt, tan shorts, and a black hat. The neighbors were contacted and confirmed that a male subject, identified as Vanleuven, was a maintenance worker for their residence and had access to their property.

An attempt to locate the vehicle was issued, and the vehicle was located on Sunday, Jan. 19 at a residence in the 600 block of Border Lane, listed as Vanleuven’s residence. On Tuesday, Jan. 21, deputies and detectives executed a search warrant at the Border Lane residence and made contact with a female subject, who advised that Vanleuven was not home.

Detectives reportedly located the stolen TV and the sweatshirt seen in the surveillance video. Later that evening, deputies responded back to the residence and took Vanleuven into custody.

Vanleuven was arrested on suspicion of felony 2nd degree burglary. He was booked into the Mohave County Adult Detention Facility.