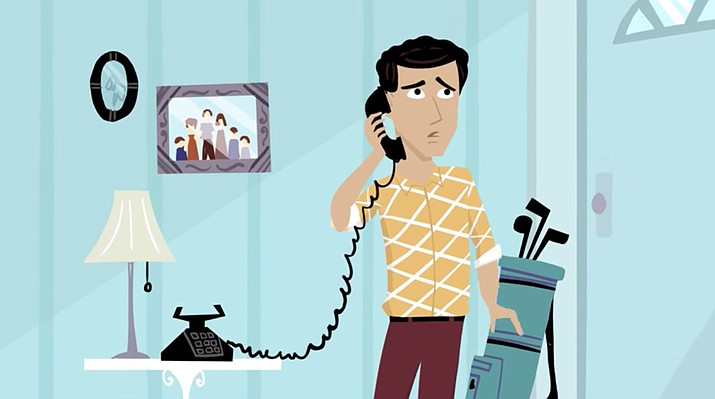 Imposters will pretend to be calling from the government, a well-known business, a romantic interest or a family member with an emergency. (Federal Trade Commission.)

Each year, the Federal Trade Commission (FTC) takes a hard look at reports received from consumers about problems, scams and frauds experienced in the marketplace. The reports are stored in the Consumer Sentinel Network (Sentinel), a secure online database available only to law enforcement.

During 2019, the FTC received more than 3.2 million reports from consumers. The agency reviewed the reports and crunched the numbers. Here’s what average consumers like you told the FTC were the top frauds in 2019.

Imposter scams was the number one fraud reported to Sentinel in 2019. People reported losing more than $667 million to imposters, who often pretended to be calling from the government or a well-known business, a romantic interest, or a family member with an emergency. When people lost money, they most frequently reported paying scammers with a gift card.

Hang Up on Social Security Scam Calls by FTCvideos

Social Security imposters were the top government imposter scam reported. There were 166,190 reports about the Social Security scam, and the median individual loss was $1,500.

Phone calls were the number one way people reported being contacted by scammers. While most people said they hung up on those calls, those who lost money reported a median loss of $1,000 in 2019.

A more recent scam to watch out for are scammers who impersonate legitimate technical support companies through text messages, pop-up windows on your computer or phone calls. They'll try to fool computer users into handing over personal information or sending money. See the video above and visit, ftc.gov/imposters to learn more.

Because of these reports from consumers, the FTC and its law enforcement partners are able to investigate the people and companies that trick people into paying money. These reports help build and bring those cases to justice, which also helps the FTC enforce laws that stop scams and other dishonest business practices that take people’s money.

In fact, during 2019, FTC law enforcement actions led to more than $232 million in refunds to people who lost money. More than 1.9 million people cashed checks mailed by the FTC. And, in the last four years, people have cashed more than one billion dollars in FTC refund checks. That’s real money back into people’s pockets.

If you’ve spotted a scam, keep telling the FTC about it at ftc.gov/complaint. If you need more information about these top frauds, visit ftc.gov/imposters, and ftc.gov/giftcards.

Curious about exploring Consumer Sentinel data, or just want to see what’s happening in your state? Check out this new FTC video to learn how.

Explore Data with the FTC | Federal Trade Commission by FTCvideos

Fake check scams cause big losses for consumers in their twenties
Scams telling you to pay with Bitcoin on the rise
Valentine Scam: It’s not true love if they ask for money
Most frequent 'Do Not Call' list complaint: imposter robocalls
FTC reopens and asks, 'What scams did we miss during shutdown'
Event Calendar