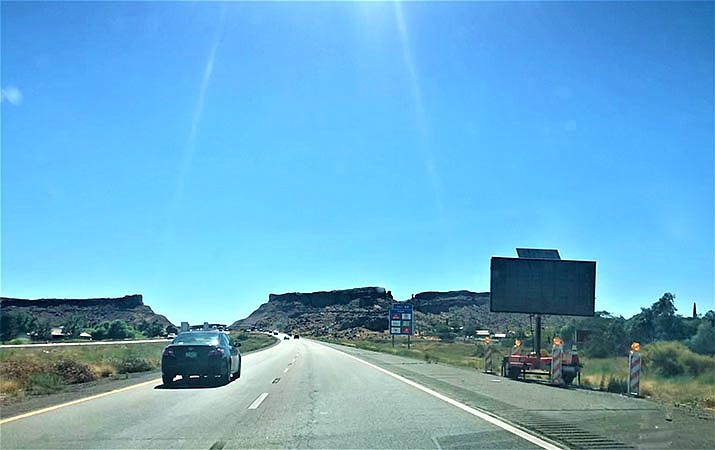 No construction or maintenance closures are scheduled along state highways, including Phoenix-area freeways, over the Independence Day weekend, according to the Arizona Department of Transportation.

PHOENIX – No construction or maintenance closures are scheduled along state highways, including Phoenix-area freeways, over the Independence Day weekend, according to the Arizona Department of Transportation.

“No matter the destination, those with plans to travel during the current health situation should bring face coverings, be prepared to practice safe distancing and follow other guidelines,” the agency advised in a news release.

However, drivers should be prepared for slower traffic at times along northbound State Route 87 between Fountain Hills and Payson. A 13-mile stretch of northbound SR 87 approaching the SR 188 junction is narrowed to one lane due to damage to guardrail and fencing during the Bush Fire. ADOT also said heavy traffic is anticipated along other highways, including Interstate 17, during peak travel periods over the holiday weekend.

“Motorists should exercise caution due to extreme wildfire conditions,” ADOT wrote in the release. “Avoid pulling over and stopping in areas with grass and brush along highway shoulders since hot vehicle parts can ignite a fire. Take measures to prevent dragging trailer chains on highway pavement since just one spark can cause a fire.”

Drivers also should be prepared to slow down and merge safely when approaching or traveling through any existing work zones along state highways. Motorists should be ready for unscheduled closures due to crashes, disabled vehicles or other events such as wildfires. ADOT also advises packing extra supplies, such as drinking water, in case of stopped traffic.

ADOT and its contractors will not schedule any closures for construction or maintenance work from Friday morning, July 3, to late Sunday, July 5.

“Drivers also should focus on safe driving behaviors, including buckling up and obeying speed limits,” the agency wrote. “Check your vehicle, including tire pressure, before traveling. Never drive while impaired and don’t be a distracted driver. Eyes up, cellphone down.”

Real-time highway conditions are available on ADOT’s Arizona Traveler Information site at az511.gov, by calling 511 or through ADOT’s Twitter feed, @ArizonaDOT. When a freeway closure or other major traffic event occurs, ADOT’s free app available at ADOTAlerts.com will send critical information directly to app users in affected areas – where possible – in advance of alternate routes.