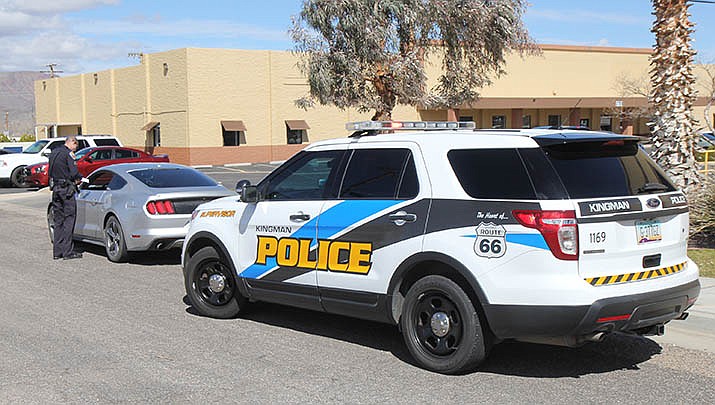 Extra patrols are planned for the Kingman area over the July 4 holiday weekend to combat impaired driving. (Miner file photo)

KINGMAN – The Kingman Police Department will have extra patrols on the road this holiday weekend “looking for impaired drivers,” the agency wrote in a news release.

KPD will provide the extra patrol in conjunction with the Western AZ DUI Task Force. The Arizona Governor’s Office of Highway Safety also provided the Kingman Police Department with grant funding for overtime to have additional officers assigned for enforcement and detection during times when the likelihood of impaired drivers is increased, usually around holidays.

“The freedom and independence you celebrate this weekend will be taken away if you decide to drive hammered,” KPD wrote.

Those who suspect an impaired driver are encouraged to contact law enforcement. KPD reminds those choosing to drink this holiday weekend to designate a driver, or use a taxi or rideshare service.

Those who don’t could have their wallets freed of the cash within. KPD wrote that anyone arrested for DUI drugs or alcohol will go to jail and have their vehicle impounded. The average cost of a DUI offense, the department noted, is around $10,000.