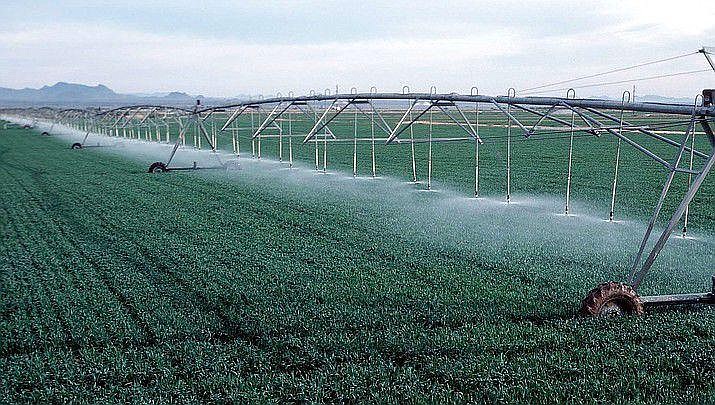 The Mohave County Board of Supervisors will seek to build three recharge basins on federal lands to help replenish groundwater supplies for Kingman. (U.S. Department of Agriculture photo/Public domain)

KINGMAN – Kingman’s primary water supply could dry up in less than 100 years, and Mohave County officials are planning to work with the U.S. Bureau of Land Management to preserve it for as long as possible.

Mohave County Development Services Director Timothy Walsh hopes to work with the U.S. Bureau of Land Management to install three recharge basins and associated facilities in the upper watershed of Rattlesnake Wash, in the Kingman area. By doing so, Walsh says the county can enhance Kingman’s water supply from the Hualapai Valley Groundwater Basin. The Mohave County Board of Supervisors will vote Monday on whether to request permission to install those recharge basins on federal land.

“The groundwater conditions of the Hualapai Valley Groundwater Basin have drastically changed in the past few years, endangering the long-term water supply for the communities of Kingman and surrounding communities,” Walsh said in his proposal.

The decline in water levels of the Hualapai Valley basin has been attributed to overuse by agricultural development and irrigation. The construction of recharge basins surrounding the Hualapai Valley would improve the region’s groundwater budget and extend the lifespan of Kingman’s water supply, Walsh said.

Recharge basins, also known as “infiltration basins,” are relatively shallow artificial ponds that are designed to channel stormwater through permeable soil into a groundwater aquifer such as the Hualapai Valley Basin. According to Walsh, the new basins could also be used as a means of floodwater management for the county, and reduce downstream erosion throughout the region.

Walsh says federal land was chosen as the site of the new basins due to its proximity to washes in the region, and soil composition in the area conducive to the county’s goals of water retention.

According to Walsh, the construction of recharge basins in the Hualapai Valley area could be a crucial first step in protecting the region’s groundwater for decades to come.

According to a groundwater resource assessment report commissioned by Mohave County officials in December, the Hualapai Basin was predicted to lose as much as 9.7 feet of water per year. The study also showed that the basin could fall below sustainable thresholds for the Kingman area in as little as 64 years.

In February, Mohave County supervisors requested that the Arizona Department of Water Resources designate the Hualapai Valley basin as an Irrigation Non-Expansion area, preventing agricultural interests from draining the basin of more water than it could replenish.

As of earlier this year, however, state water guidelines prevented the Department of Water Resources from making such a declaration based on predicted water use.