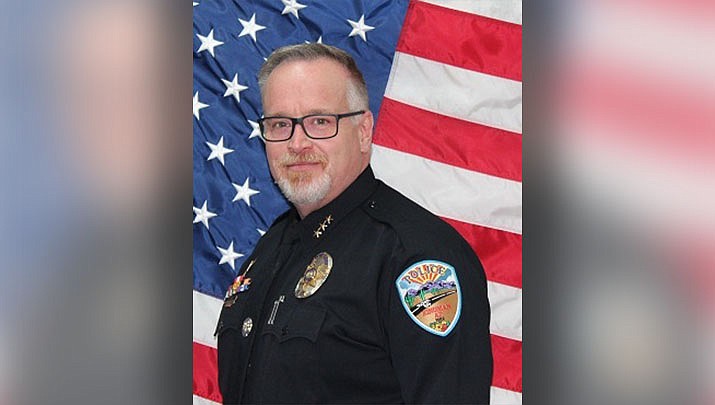 KINGMAN – The Kingman Police Department has received “several phone calls” regarding allegations that businesses aren’t adhering to face mask and other COVID-19 related orders, but not as many as the agency’s chief expected.

Gov. Doug Ducey on Monday, June 29, citing the surge of COVID-19 cases, ordered all bars, gyms, movie theaters and water parks in the state to close, and prohibited tubing rentals. The targeted reopening date is July 27 at the earliest.

The governor also prohibited all indoor and outdoor public events of more than 50 persons unless the hosting city, town or county has approved the event, and only if physical distancing is implemented. He also ordered that public and charter schools delay the start of school until Aug. 17.

On the heels of that executive order came the face-covering proclamation from Kingman Mayor Jen Miles. The proclamation requiring that face coverings be worn by those entering establishments in Kingman was made the morning of Tuesday, June 30, and went into effect the following day.

“There have been a few, maybe not as much as I had anticipated, which I’m pleased with,” said KPD Chief Rusty Cooper. “We have received several phone calls, some for clarification on what exactly the proclamation and governor’s executive order mean. And there have been several calls where people brought to our attention some businesses that appeared to not be enforcing the mask requirement.”

Cooper explained that KPD has created a team to look into such reports.

“We contact the business either by phone or in person if that’s an option, we follow up with sending a letter to the business reminding them of the executive order and the mayor’s proclamation,” Cooper said. “The letter is addressed to the owner or management asking for them to provide training or clarification to employees.”

“Officers all have information available to provide, specifically the governor’s executive order as well as the mayor’s proclamation,” Cooper said. “And they’re all under the order to provide that information when the opportunity arises.”

Cooper also said his officers are equipped with a limited supply of face coverings for distribution to the public if needed.