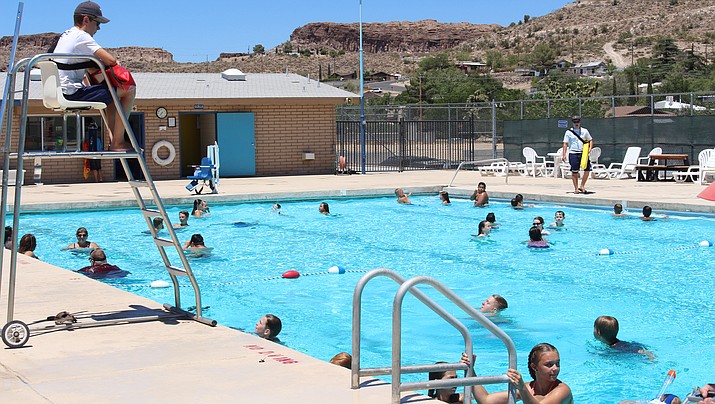 The National Weather Service has issued an excessive heat watch for the upcoming weekend, with a high temperature of 108 degrees forecast for Saturday, July 11. (Miner file photo)

KINGMAN – The National Weather Service has issued a red flag fire warning in addition to an excessive heat watch for the Kingman area, as temperatures are expected to reach 108 degrees this weekend.

The red flag warning is for Wednesday, July 8, which has a forecast high of near 100 degrees. Winds could gust as high as 32 mph.

According to NWS, the red flag warning issued for Wednesday means that critical fire weather conditions are either occurring now, or will occur shortly. Dry vegetation, strong winds, low relative humidity and warm temperatures can contribute to “extreme fire behavior,” the weather service wrote on its website.

Thursday, July 9 will have a high temperature near 100 degrees as well, along with wind gusts up to 26 mph. The temperature will drop to around 72 degrees Thursday night.

Things will heat up a bit come Friday, July 10, which has a forecast high near 103. However, no high winds are in the forecast.

Saturday, July 11 marks the beginning of the excessive heat watch, as temperatures are forecast to soar to 108 degrees. Wind won’t be present to provide relief, either, as such conditions aren’t forecast for Saturday. Sunday, July 12 and Monday, July 13 will be almost as hot as Saturday at 107 degrees each, also with no wind in the forecast.

While it will be hot in Kingman, the heat will be more extreme in Lake Havasu City and Laughlin over the weekend, as each are forecast to reach temperatures between 112 and 118.

According to NWS, the watch means that dangerously hot conditions are possible.

“Be prepared to drink plenty of fluids, stay in an air-conditioned room, limit outdoor exposure to the cooler parts of the day, and check up on relatives and neighbors,” NWS advises on its website.

Young children and pets should never be left unattended in vehicles under any circumstances, NWS continued, adding that car interiors can reach lethal temperatures in a matter of minutes.

Jeff Masters, founder of Weather Underground and a meteorologist at Yale Climate Connections, was recently quoted by the Associated Press as saying the heat is likely here to stay. That’s true of not only Arizona, as Masters said next week will see two-thirds of the country be warmer than normal.