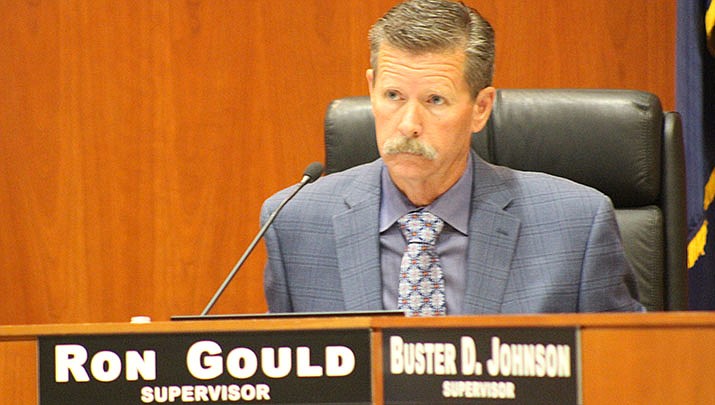 KINGMAN – While the Mohave County Department of Public Health is working on bringing more COVID-19 testing to the county, recognizing that the access to such tests is still presenting a challenge in the community, Supervisors Hildy Angius of District 2 and Ron Gould of District 5 spoke against testing of the general population.

“The businesses that are offering testing are very busy,” Burley told the board of supervisors on Monday, July 7.

When Chairwoman Jean Bishop inquired about bringing testing to rural, more isolated communities, Burley agreed that such a need exists and said her department is working to figure out how to deliver.

She added the county still tests for the most part only symptomatic patients and without general testing there is no real knowledge of what is going on in the county with the virus.

“I do believe we need to increase testing,” she said, describing testing as a “strong way” to address the COVID-19 problem.

But Supervisor Angius, who had COVID-19 and recovered, said her analysis of the numbers on the Arizona Department of Health Services’ website tells her that “if you test more, you are going to get more.”

Actually, the mortality rate is much higher in Arizona. The state Department of Health Services was reporting Tuesday, July 7 that 105,094 Arizonans have contracted the disease, and about 1.8% of those patients – 1,927 – have died.

Since testing for COVID-19 is tricky, with a long incubation period and a certain number of patients showing no symptoms of the virus, Angius said she doesn’t think that more testing is a good idea. She said she believes people should get tested only if they have symptoms.

Gould added that some people never develop COVID antibodies. That, and the fact you can’t assign a date to asymptomatic cases, means there’s no point in checking the general population, he said.

Then he recalled that as a child in a public school, he was lined up and inoculated for smallpox. That resulted in him “bearing a scar” on his arm, he said.

“I cannot imagine me allowing this to be done to my children so I can’t allow it to be done to the public anymore,” Gould declared. “I’m not going to allow the government to institute some kind of a plan that unless you can show that you are vaccinated with a vaccine that doesn’t exist, or show an antibody, you are then kept out of public buildings.”

Gould called such plans “antithetical to free people” and said it wouldn’t work anyway. That’s the reason why he is against testing of the general population, he finalized.