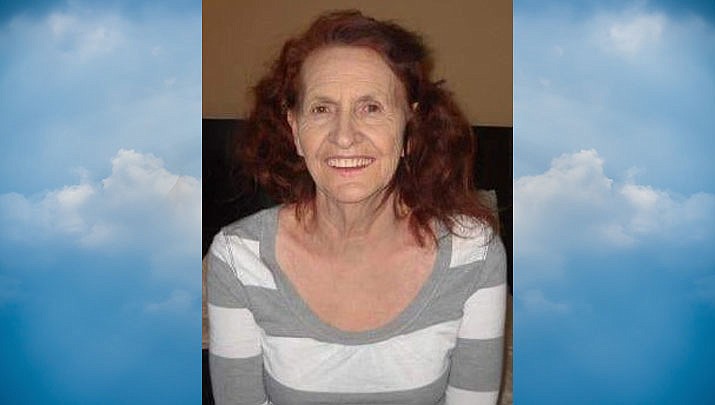 Viola Jewel Guillot went home to be with her God on the morning of Saturday, April 25, 2020, at the age of 81. Viola passed at home surrounded by her family that loved her so very much. She battled like a champion for three years with health concerns, because she knew the loss of her would be too much for her family.

Viola was born on Sept. 11, 1938 in Oklahoma City, Oklahoma, to Clifford and Jewel McCoy. Viola has lived in Kingman for over 70 years. She attended Mohave Union High School, where she had many plans for the future, but after leaving school she decided she would devote her life to raising a family, which she was an overwhelming success at, and her children could not have been more thankful for that choice. Viola put everyone’s needs before her own. Whether it was caring for her parents in their later years, and she cared for them deeply, or being there for her children, even into their adult years, everyone knew she would be there. Any family member or friend knew if they needed her, she would be there.

Viola was an active reader, reading as many as one to two books a day. She also loved to crochet, and work in her garden and in her yard. She devoted her life to God at an early age. She credited God for all of her successes. She was an active member of the church her parents started in Kingman, The Miracle Revival Center, where she helped preach and sang for many years.

She volunteered at the Mohave County Fairgrounds and was a very active member. Viola served on the Board of Directors and every committee there was in the Association during her time there. She was the founder and first chairperson for the first Fourth of July Festival in the early 2000s when the fireworks launch site was moved back to the fairgrounds. She loved creating events for her community. Viola enjoyed playing video games, so much so that her kids and grandkids called her to get advice on playing games. Her grandkids bragged to their friends that their grandmother was an amazing gamer. She was honestly one of the most active people ever until she fell ill in 2017. Viola’s favorite thing in this world was spending time with her kids and grandkids. She was known as a hard-working lady. To support her family Viola held many position through the years at several establishments throughout Kingman.