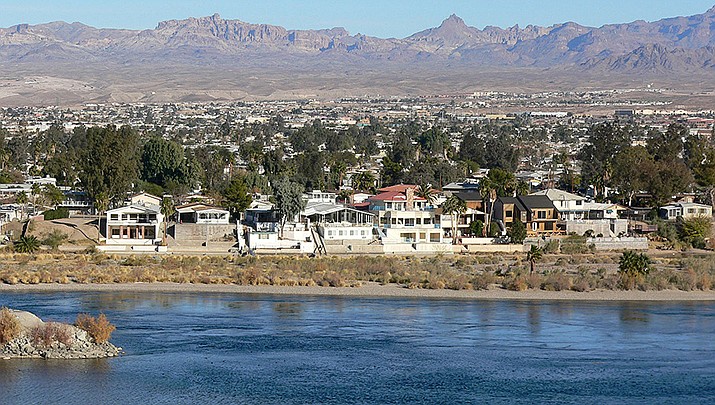 All beaches, boat launches and associated parks in Bullhead City will be closed to the public until September to prevent overcrowding that could contribute to the spread of the coronavirus. (Photo by Stan Shebs, cc-by-sa-3.0, https://bit.ly/3ecwe56)

BULLHEAD CITY - Bullhead City Mayor Tom Brady closed all city beaches, boat launches and associated parks on Fridays, Saturdays and Sundays because of coronavirus concerns. The closure is scheduled to last through September.

Parks will be open Mondays through Thursdays, according to a Bullhead City press release.

The city will completely fence off Community Park and the Colorado River Nature Center will be closed. The main gate will remain locked and no foot traffic will be allowed, according to the release.

Sunshine Marina will also close, and gates will be installed to prevent all vehicles and all foot traffic, the city said.

Various City street ends with access the Colorado River, such as Trane, Park Lane, Third Street and others will be closed entirely.

Brady said his decision wasn't an easy one, but he felt compelled to do more when local coronavirus cases started spiking and patients began being transferred to Mohave County hospitals from other areas. Recent visitor numbers were also a factor, he said.

"I had hoped that since we control only a few areas of the Colorado River shoreline, we could keep them open by reducing the numbers of visitors allowed to an acceptable level for social distancing," he said in his proclamation. "However, last weekend our out-of-towners figured out a way to thwart our plan, and they crowded our beaches to socially unacceptable levels. In trying to control large crowds moving forward, I now realize our limitations and believe that no matter what the City does, non-compliance and overcrowding will continue to occur, which is not acceptable in trying to stem the spread of this virus."