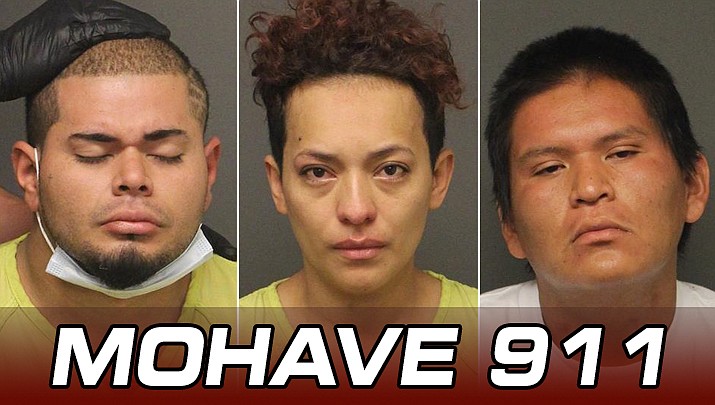 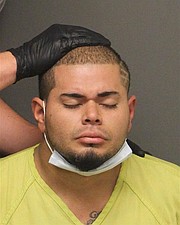 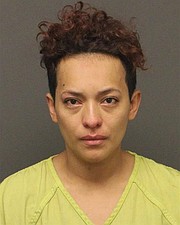 Josue Misael Espinoza-Yanez, 27, and Mexi Mirela Cruz-Lopez, 32, both of Aurora, Colorado, were arrested by the Mohave County Sheriff’s Office on Sunday, July 5 for an alleged attempt to flee and aggravated assault on an officer.

According to MCSO, Cruz-Lopez gave consent to search the vehicle and deputies approached again to make contact with the male passenger, later identified as Espinoza-Yanez, who was ordered to exit the vehicle.

A search of the vehicle reportedly revealed a syringe with a clear liquid, and “many more” empty syringes. As deputies attempted to detain Espinoza-Yanez, he allegedly punched the deputy in the face and fled on foot. As the deputy chased the male subject, the female subject returned to the vehicle and drove off, MCSO reported.

The vehicle then attempted to turn around in the center median at milepost 4, at which time it became disabled in the sand. MCSO wrote in its news release that both occupants fled on foot, and that the female kicked a deputy in the leg to get away. The deputy deployed his Taser, successfully detaining the female.

The male subject had slid down the highway’s embankment into a wash and was located and held at gunpoint until backup arrived. He was later detained, and both were transported to the Mohave County Adult Detention Facility. 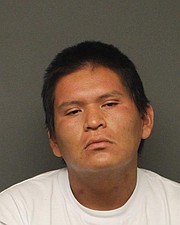 The Mohave County Sheriff’s Office arrested Brian Singer, 20, of Kingman on Saturday, July 4 after responding to a report of a vehicle leaving the scene of a collision in the area of Bond Street and Northfield Avenue.

Deputies responded to the report at approximately 2:50 p.m. Saturday and made contact with the victim who remained on scene. The victim told deputies that a blue truck had struck his vehicle and left the scene, traveling north on Bond Street. The damage to the victim’s vehicle was estimated to be more than $1,000 by MCSO.

A second reporting party contacted law enforcement a few minutes later and said they observed a blue truck that appeared to have just been in a collision pull into a residence in the 3800 block of Ames Avenue.

Deputies responded to the residence and located a male subject, identified as Singer, walking away from the residence and the involved vehicle. Deputies detained Singer and reportedly located two bottles of alcohol, one of which was open and on his person.

Singer reportedly denied driving the vehicle at first, but later admitted his involvement. Upon arrival at the Mohave County Adult Detention Facility, a breath test was conducted, which according to MCSO, resulted in a blood alcohol content of .139%.

Singer was arrested on suspicion of felony criminal damage, three counts of misdemeanor driving under the influence and misdemeanor leaving the scene of an accident.