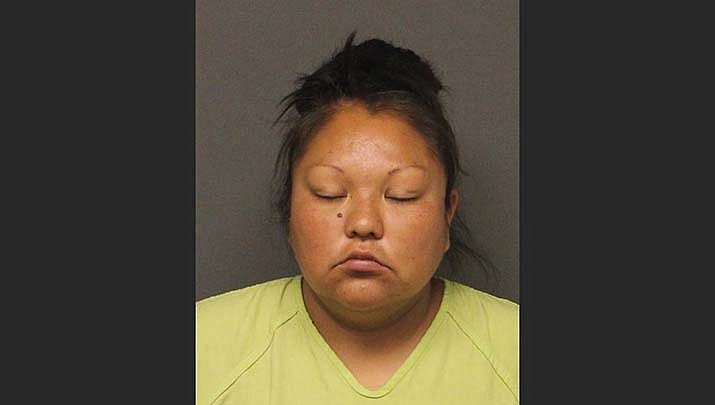 KINGMAN – Leanne Gail Watahomigie, 34, of Peach Springs, was arrested by the Kingman Police Department on a charge of second-degree homicide on Friday, July 10.

Officers responded to a motel room in the 3300 block of E. Andy Devine Ave. regarding an unresponsive female late Thursday, July 9. Officers arrived and began CPR on the “lifeless” female prior to paramedics arriving and declaring the female deceased, law enforcement wrote in a news release issued late in the afternoon of Sunday, July 12. The victim has been identified as Nellita O. Smith, 38, of Peach Springs.

KPD wrote that further investigation revealed injuries on Smith were consistent with blunt force trauma. KPD detectives continued the investigation and developed information that Watahomigie and Smith were in a romantic relationship and had been arguing.

“During the argument investigators believe that Watahomigie struck the victim, leading to her death,” KPD wrote, adding that alcohol and drugs are believed to be involved.

Watahomigie reportedly admitted “limited involvement,” and was arrested and booked into the Mohave County Adult Detention Facility on suspicion of second-degree homicide, in addition to a misdemeanor warrant out of Kingman Municipal Court.