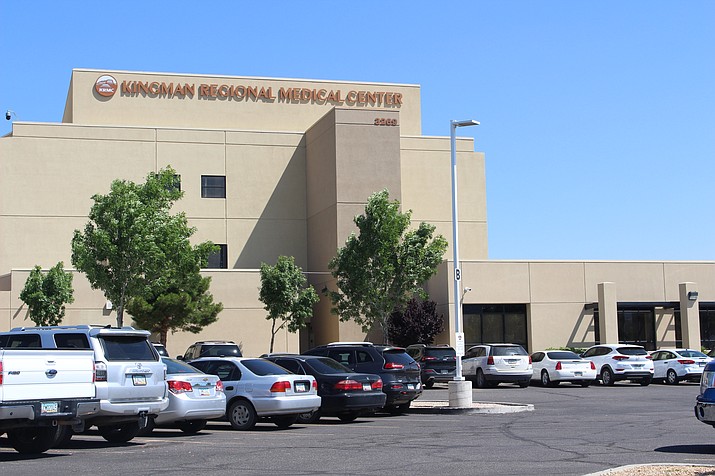 Kingman Regional Medical Center has been on the frontline of the COVID-19 battle, and has even treated patients from other parts of the state. (Miner file photo)

KINGMAN – With COVID-19 cases surging in Mohave County, the county organized a press conference with the CEOs of local hospitals. Kingman Regional Medical Center was represented on Tuesday, July 14 by Will McConnell, its new CEO.

“We saw a bit of an uptick but in the last four days it has been coming down,” McConnell said in his opening statement.

He said KRMC tested more than 4,000 individuals over the past four months, typically testing 65-100 people per day. The supply of the test kits is good, he said, however, there’s a shortage of the chemical agent that is needed to get a result of the test.

KRMC added four Intensive Care Unit physicians, and currently has nine patients in the ICU, all on ventilators. Seven of them have tested positive for COVID-19, he said.

McConnell said KRMC has 14 ICU beds, but can be expanded to 32 beds if necessary. He noted if ventilators run short converted anesthesia machines can be used as ventilators. More resources would have to come from other county or state facilities.

McConnell said he doesn’t believe the lower number of cases in Kingman can be attributed to KRMC not testing and called it circumstantial.

“I don’t think it has anything to do with the availability of testing,” McConnell said. “It’s just the reality of how things spread. There’s no mathematical equation that says what community will be hit next or where it possibly spikes.”

McConnell praised the unique Arizona Surge Line, a program that brought some COVID patients to KRMC from overwhelmed places in the state. If KRMC reaches capacity, local patients could be transferred to other hospitals in the state.

The hospital leaders indicated that a typical stay of a COVID patient in a county hospital lasts five days, if the patient doesn’t require a ventilator. Ventilator cases tend to spend more than 20 days in the hospital. The CEOs were not able to say if the situation in the county will get worse, but said the virus is not going anywhere anytime soon.

“In KRMC, we are experiencing things we’ve never experienced before,” McConnell said when asked about the severity of the situation.

He spoke about staff being overwhelmed and called for the understanding of the community.

Mohave County Public Health Director Denise Burley again emphasized the spread can’t be controlled without the cooperation of the community. All of the health officials in attendance urged county residents to wear face coverings and follow other guidelines.

Burley said that last week the county hit the record of new cases – 413, and mentioned the majority of them came not from nursing homes but from the community.

She said there are 15 people working on contact tracing at Public Health and the department just hired six additional people to address the case influx in terms of contact tracing, investigating and monitoring the patients.