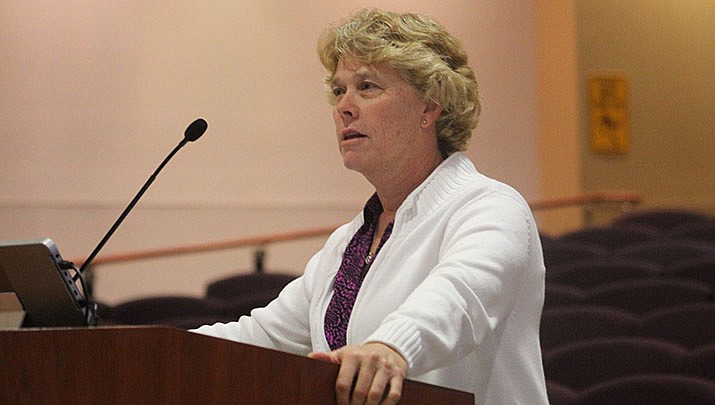 KINGMAN – The COVID-19 case count continues to rise in Mohave County, and the rate of positive test results remains high.

The Mohave County Department of Public Health reported 85 new cases the evening of Monday, July 13. Sixteen of those cases are in the sprawling Kingman service area.

The case count since the first case was confirmed on March 24 rose to 1,899 in the county, but the death toll remained at 93.

Another 85 cases were reported on Saturday, July 11 and seven cases on Sunday, July 12 by county health officials. Only one of those cases was in the Kingman area.

Of the 283 new test results announced for county residents by the Arizona Department of Health Services on Tuesday, July 14, 106 new cases were confirmed for a positivity rate of 37%.

Due to different manners of reporting and compiling data, state and county statistics vary, with state data for Mohave County showing 38 more cases and six more deaths than the totals for the pandemic that the county was reporting Monday, July 13.

Over the three-day span ending Monday, there were 84 new cases in the Lake Havasu City service area, 66 in the Bullhead City service area and 17 in Kingman. Of the new Kingman cases, nine are under the age of 50.

Bullhead City leads the county in confirmed cases with 910 and 33 deaths. Lake Havasu City has experienced 542 cases and 14 deaths, while the Kingman area has suffered 409 cases and 46 deaths. There have been 38 confirmed cases in the Arizona Strip.

According to county health officials, 581 county residents have recovered from COVID-19. County Supervisor Ron Gould said at a meeting on Monday, July 13 that by his estimate, there were 80 county residents hospitalized with COVID-19, and about 1,000 recovering at home.

According to the Arizona Department of Health Services, 13,737 tests have been conducted on county residents. Of the 10,755 tests conducted for the actual virus, 9% of the individuals have tested positive for the virus.

Of the 2,982 serology tests, which determine only if the individual had the virus in the past, 3.4% have been positive.