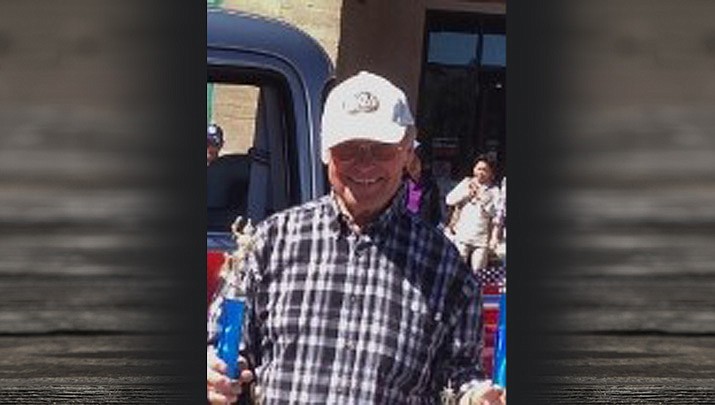 Joe was born Nov. 23, 1936 in Chicago, Illinois, and lived in the Chicago suburbs for much of his life until he retired to Kingman. After graduating high school, Joe joined the Army and was stationed in Europe. He had many fond memories of serving overseas during peace time. Joe had a passion and gift for cars, starting in the automobile industry as a young teen for his family business – a Rambler dealer called Lorraine Motors, named after his mother.

After Joe returned home from the Army, he went back to the car business and managed several dealerships over the years. He married and had four children – Jim, Sue, Rick and Cindy.

Joe’s passion for cars extended beyond his career. He loved to restore cars and trucks and created many beautiful automobiles over the years.

Joe’s most favorite restoration project was a 1954 Chevy pickup that he had driven to many car shows, with many first-place trophies.

Beloved husband of Judith Johnsen, whom he married Sept. 18, 1993; loving father of Jim, Sue, Rick and Cynthia; stepfather of Spencer Jr., Billy and Courtney; grandfather of Jennifer, Megan, Bill, Khristopher, Gage and Kallie; great-grandfather of Tori, James, Cora and Lincoln; and friend of many.